Dozens of workers trapped after blast in Turkish coal mine 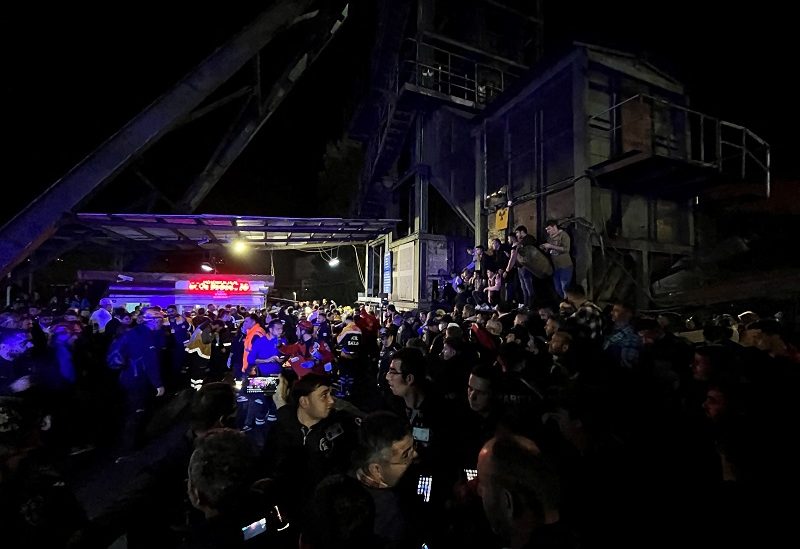 People wait outside the coal mine after an explosion in Amasra in the northern Bartin province, Turkey November 14, 2022. Nilay Meryem Comlek/Depo Photos via REUTERS ATTENTION EDITORS - THIS PICTURE WAS PROVIDED BY A THIRD PARTY. NO RESALES. NO ARCHIVES. TURKEY OUT. NO COMMERCIAL OR EDITORIAL SALES IN TURKEY.

At least 14 workers were rescued after explosion occured inside a coal mine in northern Turkey on Friday and trapped dozens of miners, an official said;
The cause of the blast in the town of Amasra, in the Black Sea coastal province of Bartin was under investigation.
Amasra’s mayor, Recai Cakir, told HaberTurk television that there were 87 workers inside the mine at the time of the blast.
At least 14 were either rescued or came out of the mine on their own, Cakir said. Two of them were injured.
According to information received, at least six of the workers were lying “motionless” inside the mine, the mayor stated, but said he did not know if they were dead or injured.
Several rescue teams were dispatched to the area, including from neighboring provinces.
In Turkey’s worst mine disaster, a total of 301 people died in 2014 in a fire inside a coal mine in the town of Soma, in western Turkey.