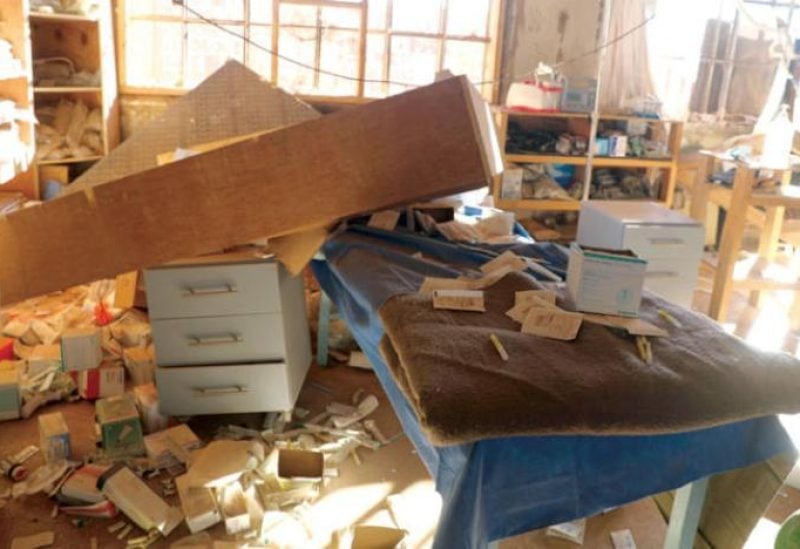 Three one-way attack drones targeted the Al-Tanf military base in southeastern Syria on Friday, according to the US Central Command (CENTCOM).

CENTCOM issued a statement noting that two of the drones were shot down by Coalition Forces while one struck the compound, injuring two members of the Free Syrian Army (FSA) who received medical treatment. No US forces were injured.

Members of the FSA deployed at the base said two of the drones were shot down by the coalition while a third exploded without causing any injuries or damages.

A spokesman for the faction asserted that the attack would not deter the ongoing operations with the coalition in their fight against ISIS.

The FSA faction disseminated several photos of the damage to a medical facility in Al-Tanf due to the drone attack.

The US forces did not accuse any party of the attack.

“Attacks of this kind are unacceptable – they place our troops and our partners at risk and jeopardize the fight against ISIS,” said Joe Buccino, CENTCOM spokesperson.

Meanwhile, the Syrian Observatory for Human Rights (SOHR) suggested that the drones belonged to pro-Iranian groups, explaining that the Free Syrian Army is a US-backed opposition faction active in Al-Tanf area.

The coalition forces have previously thwarted similar attacks, including with drones, the most recent of which was last August on the Al-Tanf base, established in 2016. The headquarters is located near the Jordanian and Iraqi borders and is strategically important as it is situated on the Baghdad-Damascus road.

The international coalition forces against ISIS are deployed in several bases controlled by the Kurdish fighters in north and northeastern Syria.