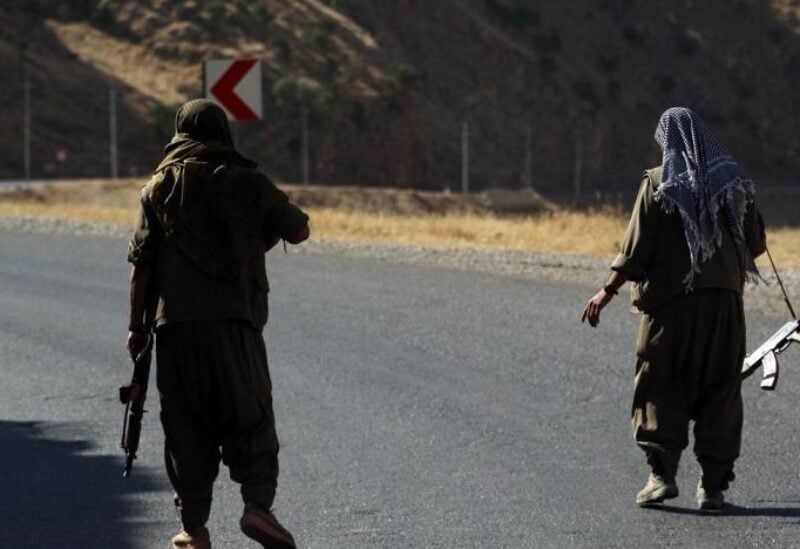 A member of the Kurdistan Workers' Party (PKK) carries an automatic rifle on a road in the Qandil Mountains, the PKK headquarters in northern Iraq, on June 22, 2018. (AFP)

Three people were killed on Friday in an unclaimed drone strike on a vehicle in Iraq’s autonomous northern region of Kurdistan, medical and security officials said.

The drone “targeted a civilian car” in the city of Kalar in southeastern Kurdistan, said the security source, who spoke on condition of anonymity.

“Three people were killed and a fourth, a Kurd from Syria, was seriously wounded,” said the source, who was unable to further identify the victims.

A medical official at Kalar’s hospital gave the same number of casualties.

There was no immediate claim of responsibility for the drone strike.

Designated as a terrorist group by Ankara and its Western allies, the PKK has been waging an insurgency against the Turkish state since 1984 that has claimed tens of thousands of lives.

Following the Kalar drone attack, Turkey’s defence ministry said it had neutralised “six PKK terrorists” in the area where its military operation is taking place.

Questioned by AFP, a ministry spokesman said “Kalar is much farther south” than that area