Dubai and Sharjah commute gets easier after new roads open 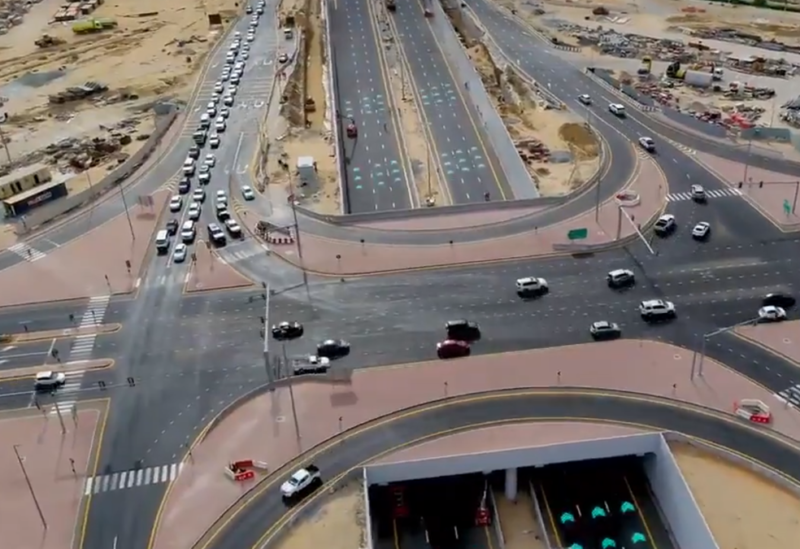 Motorists traveling between Emirates Road and Sheikh Mohammed bin Zayed Road will now spend nine minutes on the journey, instead of the previously recorded 25 minutes.

The project, which aims to reduce congestion on some of the emirate’s busiest roads, has also doubled capacity at the Al Khawaeenj junction from 8,000 cars to 16,000 cars per hour.

Mattar Al Tayer, director-general of the Roads and Transport Authority, said the improvement works will create better links between Dubai and Sharjah – a route rife with heavy traffic during peak hours.

“The Improvement of Al Khawaneej Roads Project is one of the key strategic projects for improving the links between Dubai and Sharjah through the improvement of vertical roads linking with the Emirates Road and Sheikh Mohamed bin Zayed Road up to the Airport Street,” he said.

“It also halves the waiting time at the intersection of Al Khawaneej and Al Amardi roads, which has been upgraded from a roundabout to a surface junction, from 120

As part of the project, a tunnel was constructed, consisting of three lanes in each direction, that extended 680 metres at the intersection of Al Khawaneej road with Sheikh Zayed bin Hamdan Al Nahyan road.

Works also included the construction of a surface signalised junction to ensure free and safe traffic flow on Al Khawaneej road, and surface repair works on the existing roundabout at the intersection of Al Khawaneej and Al Amardi roads.