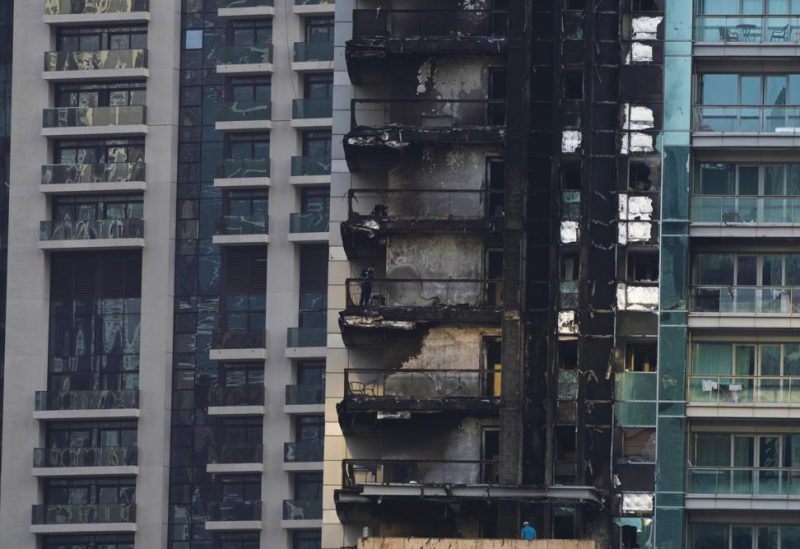 In Dubai, close to the Burj Khalifa, the highest structure in the world, a fire started early on Monday morning at a 35-story high-rise building.

The blaze at the apartment complex had been put out by the time an Associated Press reporter arrived, but it wasn’t immediately apparent if there had been any injuries.

Black char marks from the blaze could be seen stretching up the building that’s part of a series of towers called 8 Boulevard Walk by Emaar, the state-backed developer in the emirate.

A series of fires in tall buildings in skyscraper-studded Dubai in recent years has revived questions about the safety of cladding and other materials used in the country.

On New Year’s Eve in 2015, a blaze raced through the Address Downtown, one of the most upscale hotels and residences in Dubai near the Burj Khalifa.