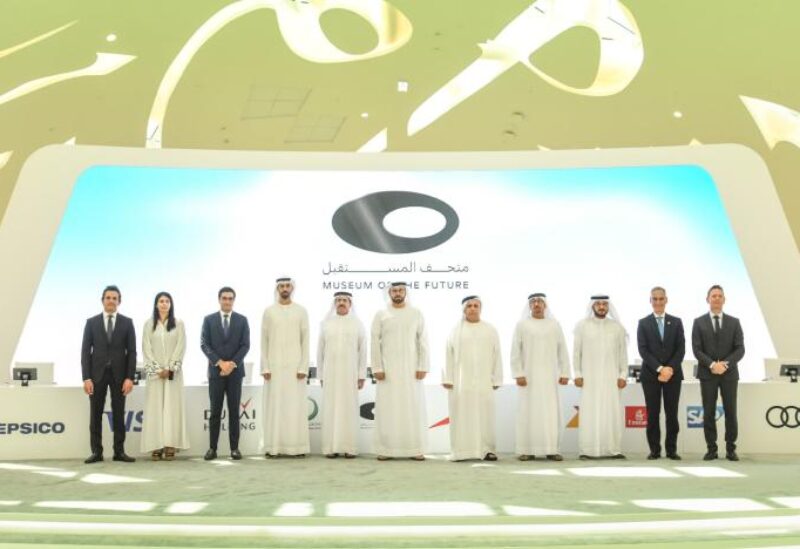 The Museum of the Future has signed strategic partnerships with numerous global brands and national institutions as part of its objective to be a key laboratory for entities from all around the world, to generate futuristic and innovative technological solutions that address humanity’s greatest challenges, Emirates News Agency (WAM) reported.

The partnerships support the museum’s role in enhancing Dubai and the world’s readiness for the future. Together, they’ll address the most important developments during the upcoming decades, and invent novel solutions and support the museum’s role in being an incubator for global foresight as well as being a comprehensive laboratory for technologies, ideas, and cities of the future, WAM said.

Al Gergawi noted that the vision behind launching the Museum of the Future was to emphasize the pioneering role of the UAE in building humanity’s future.

The museum, created to stand as a scientific and knowledge-based edifice, aims to play a significant role as a platform for displaying and testing the innovations of world leading technology companies.

“The number one priority here is to ensure that the museum ceaselessly impacts human development to enhance the betterment of individuals and societies as a whole. The partnerships signed today, will enable the study and testing of the latest findings in science and human knowledge, thus, alleviating the process of finding sustainable solutions that support human development in all aspects of life,” he added.