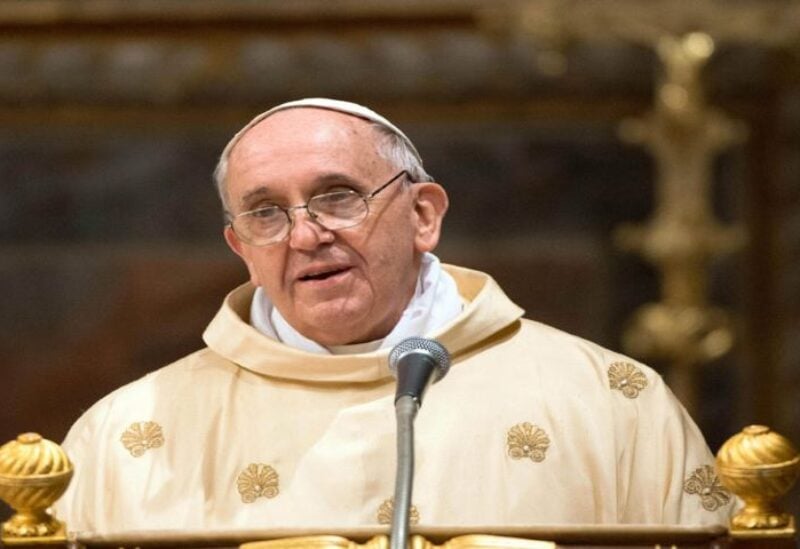 Plastic pollution in rivers is “criminal,” and it must be stopped if mankind is to rescue the earth for future generations, Pope Francis said in a television interview on Sunday.

In the hour-long interview on RAI’s Channel 3, Francis also restated several of his papacy’s core themes, including denouncing excessive weapons expenditure, protecting the rights of refugees, and criticising intellectual rigidity among conservatives in the Church.

Francis, who has made environmental protection a central tenet of his papacy, recalled how Italian fisherman approached him one year and informed him they had discovered several tons of trash in the Adriatic Sea.

When he visited them again, they stated they had discovered twice as much and had taken it upon themselves to assist clean part of it up.

“It is a crime to throw plastic into the water.” It kills biodiversity, the land, and everything,” he warned.

“Taking care of creation is an education (process) in which we must engage,” he added, referencing a song by Brazilian musician Roberto Carlos in which a youngster asks his father why “the river no longer sings,” to which the father answers, “we killed it off.”

When asked about his musical tastes, Francis, who paid a surprise visit to a record store in Rome last month, said he prefers classical music but also enjoys tango.

When asked if he used to dance the tango as a young man in Argentina, Francis, 85, said, “A porteo who does not dance the tango is not a porteo.” Porteo is the Spanish word for a native of his hometown of Buenos Aires.

“Think about it,” Francis responded in answer to a query concerning war. We could feed and educate the whole globe if we stopped creating weapons for a year. We’ve become accustomed to warfare. It’s difficult, but it’s the truth.”

Francis did not elaborate on the data he referenced, but in the past he has advocated for a total ban on nuclear weapons, claiming that even having them for deterrence is evil.

Francis has once again urged the European Union to disperse migrants arriving in Italy and Spain from North Africa among all EU nations in order to avoid putting undue societal hardship on a few countries.

The interview with the host of the famous Sunday show Che Tempo Che Fa (How’s the Weather?) was done via satellite link between RAI studios in Milan and the Pope’s Santa Marta residence in the Vatican.

Francis has avoided the opulent but insulated papal lodgings utilized by his predecessors at the Vatican’s Apostolic Palace. He lives in a tiny unit in Santa Marta, where he eats in the common room and rides the elevator alone.

Francis stated that he opted to live there because he was “not a saint” like his predecessors and needed to be as close to people as possible. He claimed to have “few but genuine” pals.