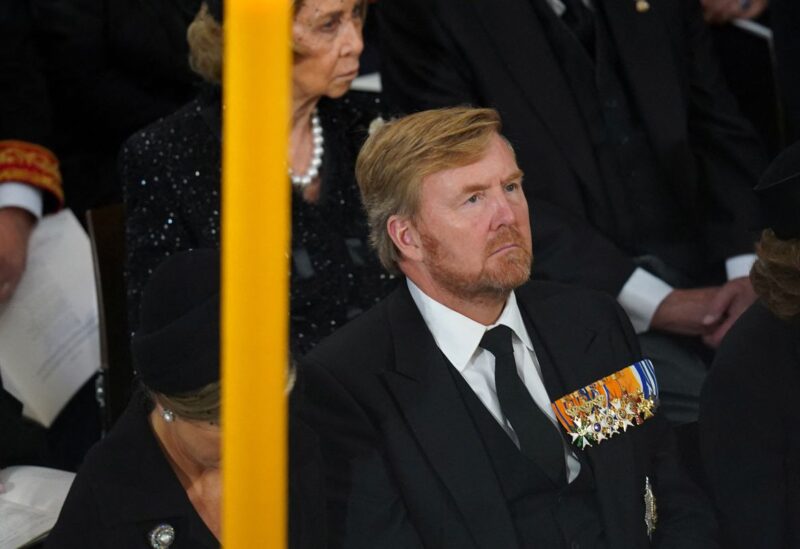 For the first time since before the COVID-19 outbreak, Dutch King Willem-Alexander delivered his annual budget day speech on Tuesday in The Hague before a packed house.

Another first since the pandemic began was when the king rode in a horse-drawn carriage around the city while being watched by large throngs of people. The final ceremony took place in 2019.

This year’s budget comes as the cost of living crisis threatens to push a million of the Netherlands’ 17.7 million population into poverty.

Prime Minister Mark Rutte’s government has been negotiating a price cap with dozens of power suppliers to shield households from surging gas and electricity prices, but the details have not been finalised.

The price cap would come in addition to government plans to spend around 16 billion euros ($16 billion) in 2023 to compensate rising costs for energy and food, which are also set to be announced with the 2023 budget on Tuesday.

These expenditures, which include a 10% increase of the minimum wage and higher income-related subsidies for health care and rent, will be mainly covered by hiking wealth and corporate taxes.

It comes as an opinion poll by research bureau I & O published on Monday found Rutte’s government has fallen to a record low approval rating. Nearly 80% of 2,684 people questioned said they disapprove of his handling of the energy crisis, among other issues.

Dutch inflation hit 12% in August, according to Statistics Netherlands, driven largely by a 151% year-on-year leap in gas and electricity prices.

The Netherlands Bureau for Economic Policy Analysis (CPB), the government’s leading policy analysis agency, has warned that up to a million people are at risk of slipping into poverty due to surging prices.