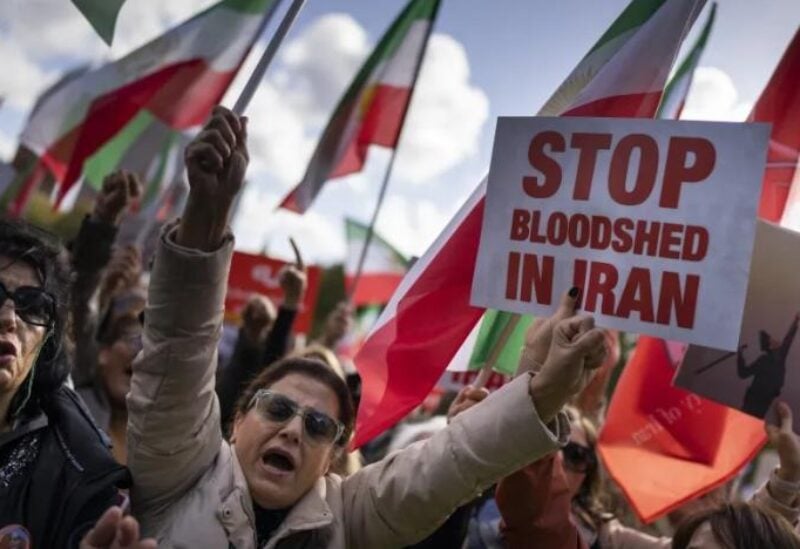 Thousands of people held a demonstration Saturday in The Hague in support of protesters in Iran who have taken to the streets since the death of 22-year-old Mahsa Amini following her arrest by the morality police.

Protesters – gathered on a central park in the city – waved flags and banners emblazoned with texts including “No to enforced headscarf in Iran,” “Justice can’t wait” and “Stop bloodshed in Iran.”

Saturday’s demonstration follows anti-government protests across Iran that were sparked by Amini’s death.

The Iranian protests have triggered demonstrations of support across Europe, including by women cutting off locks of their hair, following Iranian women’s example.

Oscar-winning French actors Marion Cotillard and Juliette Binoche, as well as other French screen and music stars, filmed themselves chopping off locks of their hair in a video posted Wednesday.

Dutch Justice Minister Dilan Yeşilgöz-Zegerius also cut off a lock of her hair during a live television talk show this week.

Marchers chanted anti-government slogans and twirled headscarves. In some areas, merchants shuttered shops in response to a call by activists for a commercial strike or to protect their wares from damage.