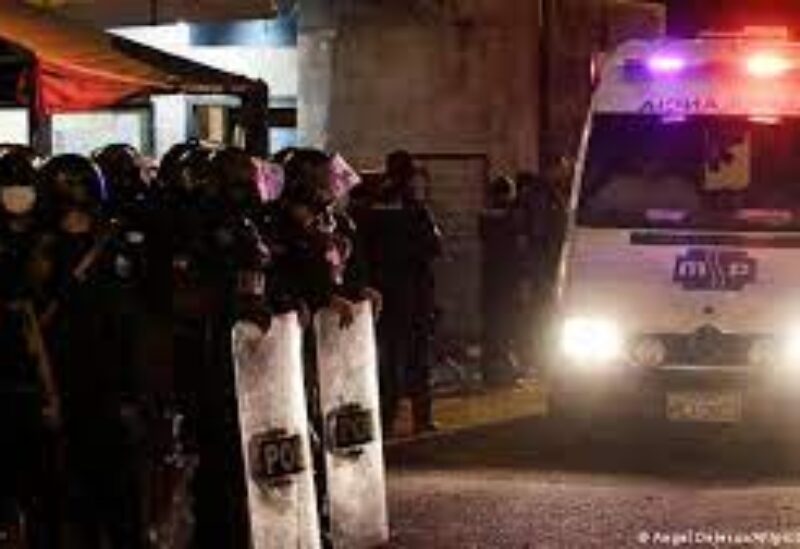 Violent riots erupted at El Inca prison in the Ecuador’s capital, Quito, and led to the killing of at least 10 people on Friday.
The attorney general’s office said in a tweet that it had launched a probe into the deaths of nine people, while the SNAI prison authority confirmed at least 10 inmates had died.

Authorities say that the leaders — “Bermudez” from Los Lobos gang and “Anchundia” from the R7 gang — are behind the recent violence in prisons in Quito and Santo Domingo, respectively.

Authorities have been moving prisoners considered to be gang leaders to new facilities in an attempt to tackle violence in the nation’s jails.

Ecuador has witnessed eight prison massacres since February 2021 that have left nearly 400 dead — with many of the victims beheaded or burnt.

Five people were killed in the last gang-led prison violence on November 8 in Quito.
President Guillermo Lasso has accused gangs of using violence to counter his administration’s efforts to combat them.

Earlier this month, the government relocated nearly 2,400 inmates, which led to an uprising by gang members who went on shooting sprees and set off car bombs at police stations and gas stations.

“The government acts with all the rigor of the law to sanction the leaders of narco-terrorist mafias that provoke attacks,” the president’s office said in an earlier statement. “That’s why those who cause problems will be transferred to the maximum security prison.”

Ecuador was once a peaceful neighbor of cocaine producers Colombia and Peru, however, it has gone from being a drug transit route to a key distribution center plagued by drug violence.