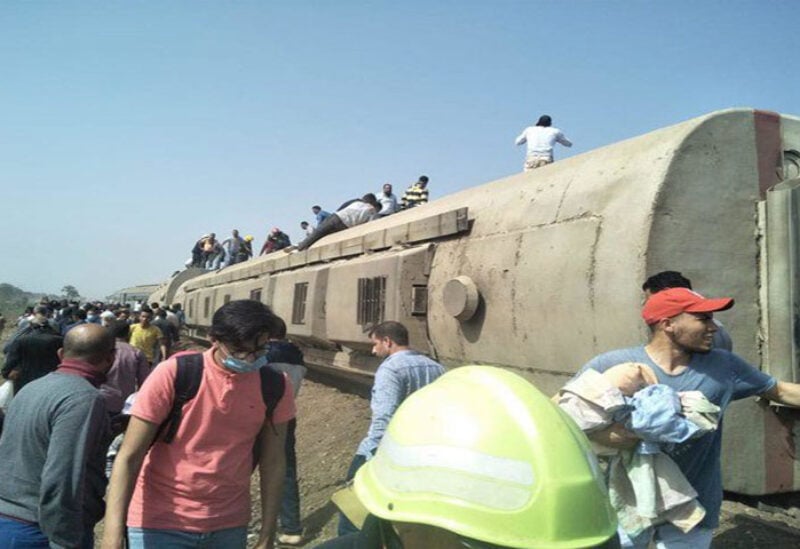 Hamada Al-Sawy, Egypt’s public prosecutor, has ordered the arrest of 23 defendants involved in Sunday’s train accident in Toukh, which killed 23 people and injured 139.
Those arrested include the train conductor, his assistant, the supervisor of the railway maintenance in the area where the accident occurred, the general director of track renovations, the general director of maintenance, mechanical engineers, and a group of workers and technicians specialized in the maintenance of train vehicles.
Al-Sawy also ordered the arrest of the director of the railway engineering department in the area of the accident, as well as another engineer. They face charges of negligence and failure to observe laws and regulations while performing their jobs.
The public prosecution observed negligence in the maintenance of the trains, as well as forgery in official documents. It questioned 29 Egyptian Railway Authority officials, heard the testimony of 104 of those injured in the accident and authorized the burial of the identified bodies.
The public prosecution also formed a technical committee of specialists, including officials from the Armed Forces Engineering Authority, to carry out various inspections in order to determine the cause of the accident, which occurred at 2:05 p.m. in the country’s Qalyubia Governate. The committee was tasked with inspecting the train and its safety and security devices, checking the validity of the railway lines at the site of the accident and the devices used in control rooms with light signals and identifying those responsible, directly or indirectly, for the accident.
The Cairo-Mansoura train No. 949 had left Cairo at 1:20 p.m. and was scheduled to arrive in Mansoura at 5 p.m.