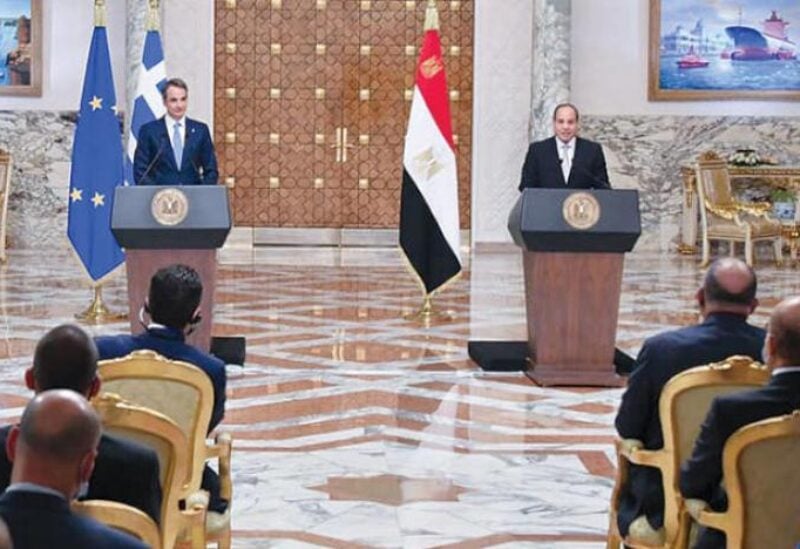 Egypt and Greece have stressed that they have similar interests East of the Mediterranean, as they expressed willingness on boosting ties under the framework of the tripartite cooperation mechanism with Cyprus.

Sisi and Mitsotakis affirmed that the East Med Gas Forum is essential within the framework of the consistency of the two countries’ interests in the eastern Mediterranean region.

The two sides agreed that the forum would open new horizons for cooperation and investments in energy and gas among the region’s countries.

The president also expressed willingness to boost trilateral cooperation among Egypt, Greece, and Cyprus to meet their joint interests and goals in the Eastern Mediterranean region.

Mitsotakis affirmed Greece’s appreciation of the firm relations with Egypt, saying they represent a model of constructive cooperation among Mediterranean countries.

He asserted that Greece would remain a supporter of Egypt in the European Union.

“I have reassured the prime minister about Egypt’s position on the situation in the Eastern Mediterranean, which is based on the necessity for all nations to respect international law and the UN charter,” Sisi said.

“I emphasized our solidarity with Greece against any practices that could amount to a breach of its sovereignty.”