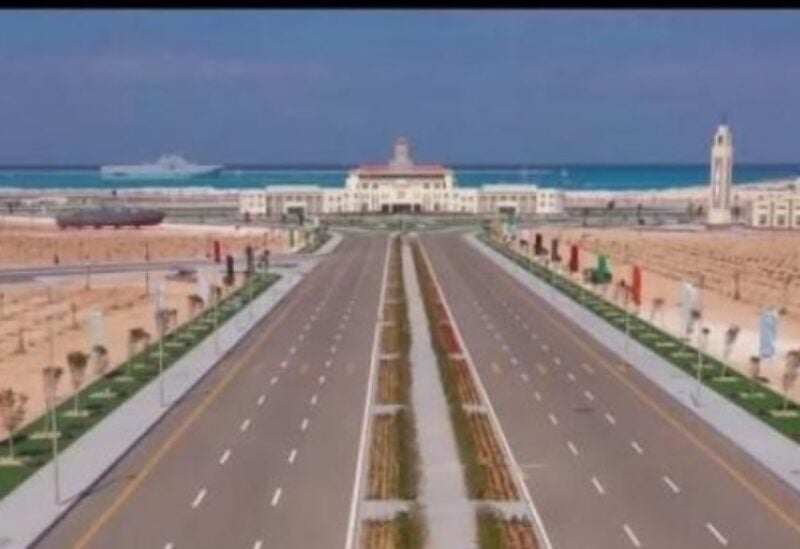 Accompanied by by Sheikh Mohamed bin Zayed, Crown Prince of Abu Dhabi and Deputy Supreme Commander of the Armed Forces, as well as Mohamed Al Menfi, head the Libyan Presidential Council, the Egyptian President Abdel Fattah El Sisi inaugurated on Saturday a sprawling naval base on the Mediterranean near the Libyan border.

Sheikh Mohamed congratulated Mr El Sisi, the government and the people of Egypt on the inauguration of the military base, wishing the country further progress and prosperity, a statement released shortly after the event said.

In a post on Twitter, Sheikh Mohamed said the base “reflects the progress in vital sectors in the country” under Mr El Sisi’s leadership.

“I was pleased to witness this milestone and I’m confident in Egypt’s continued development,” Sheikh Mohamed wrote.

The inauguration of the "3rd of July Naval Base" in Egypt is an achievement that reflects progress in vital sectors in the country, under the leadership of my brother Abdel Fattah el-Sisi. I was pleased to witness this milestone & I'm confident in Egypt’s continued development. pic.twitter.com/xkwz6BVEyW

The opening of the July 3 base, in the Gargoub region near the coastal city of Marsa Matrouh, is the latest in a series of new military sites that have been upgraded or established since Mr El Sisi took office in 2014.

These include a naval base on the Red Sea in southern Egypt and another near the Mediterranean coast in Al Alamein, north-west of Cairo.

A promotional film produced by the military says the July 3 base covers 10 million square metres, has a 1,000-metre-long dock, a landing pad for helicopters, a joint command centre and training facilities.

The ceremony’s military announcer offered a stern warning to foreign foes he did not name.

“The winds of Egypt’s army are wise, they don’t erupt or rise unless the Egyptian and Arab national security is at stake, then they turn into a hurricane,” he said.

“The men of the Egyptian armed forces are aware of the nature of their duties to protect the prestige and dignity of this nation.”

Mr El Sisi left the ceremony without making any public comments. He and his guests were due to later attend war drills involving naval units, warplanes and commandos. The war games are codenamed “Qader”, Arabic for capable.