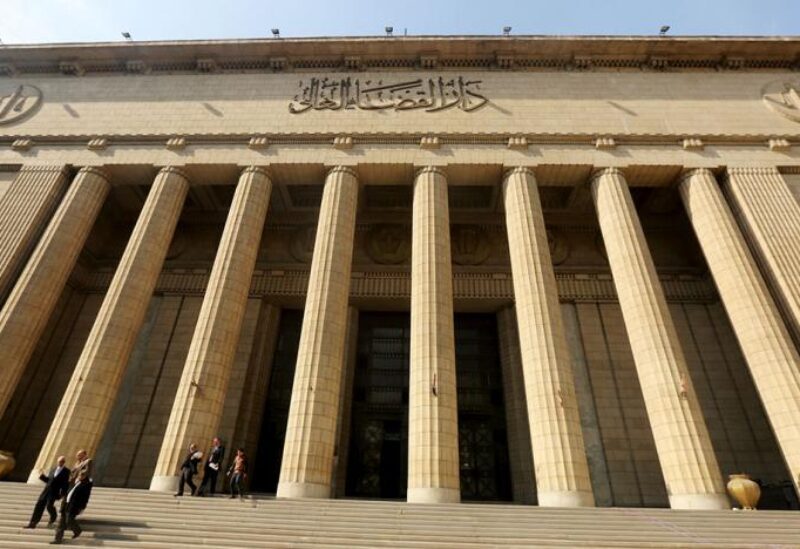 Egypt postponed the trial of 21 ISIS members to June 12 in the case known as the “ISIS Imbaba Cell II” in the Giza governorate.

One of the accused faces the charge of assuming the leadership of a terrorist group that aims to disrupt public order, endanger the safety of society, attack the general freedom of citizens, assault members of the armed forces and the police, harm national unity and social cohesion, and target churches.

The Public Prosecution charged the defendants with joining a terrorist group and committing terrorist financing crimes by possessing, supplying, and providing the group with money and information.

Meanwhile, the Cairo East Criminal Court delayed once again announcing the verdict in the case known in the media as “Filming the Belbeis airbase” for May 17th.

They were also accused of receiving, by illegal means, one of the country’s defense secrets by taking photos of Belbeis airbase in preparation for targeting it.

The prosecution accused the defendants of killing and targeting security forces, monitoring a number of police stations and vital installations, joining a terrorist group, and receiving training from ISIS-linked Ansar Bait al-Maqdis organization in Sinai.

The incident also included killing the deputy of Faisal police station in Suez, placing an explosive device near a cinema in Suez, targeting army vehicles, the gas line at the Suez Petroleum Company and a ship in the canal, and monitoring security points along the Ismailia canal.

The same court postponed the trial of several defendants accused of joining a terrorist group and manufacturing explosive devices in an apartment in al-Haram in Giza governorate.

Investigations revealed that the defendants manufactured explosive devices inside an apartment, which was used by terrorist elements. The explosion killed seven policemen, three civilians, and injured 15 persons.