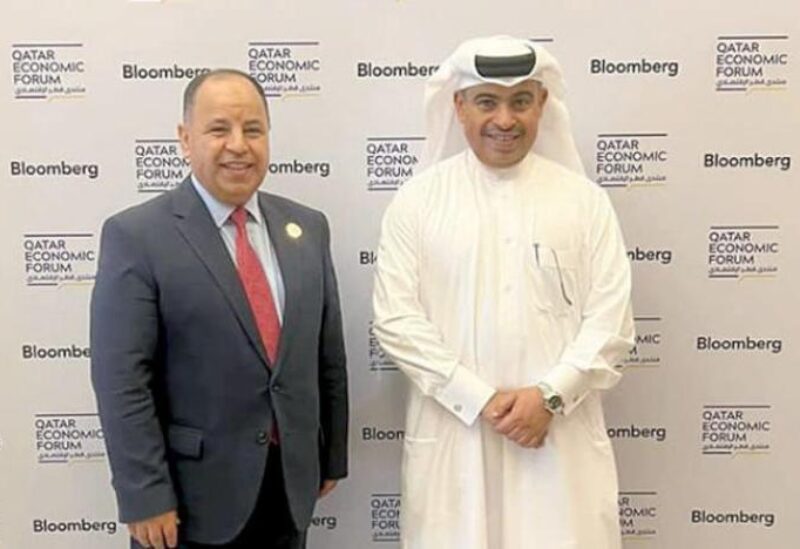 Egypt and Qatar seek to promote the mechanism of their joint work in all fields with an aim to contain the negative repercussions of the Russian-Ukrainian war.

On Thursday, Egyptian Finance Minister Mohamed Maait held talks with his Qatari counterpart Ali Bin Ahmed al Kuwari on the sidelines of their participation in the Qatar Economic Forum, held in Doha under the theme of “Equalizing Global Recovery.”

According to a statement issued by the Egyptian Cabinet on Thursday, the two sides stressed the importance of strengthening bilateral cooperation, developing relations, stimulating investments, and developing joint action mechanisms to foster financial visions, positions, and policies at the bilateral and international levels.

The statement referred to the tangible progress made in the course of bilateral relations.

“Such progress aims to serve the goals and interests of the two countries and peoples in light of the current global economic challenges, which require concerted efforts to contain the negative repercussions of the war in Europe that is severely affecting the economies of all countries,” the cabinet statement said.

For his part, Maait asserted that Egypt has become an attractive destination for investments in numerous domains and that unprecedented major development projects are being implemented nationwide to provide promising investment opportunities.

Both ministers signed this week a memorandum of understanding to deepen cooperation between the two sides and continue consultations on financial policies and mechanisms to prevent double taxation and encourage joint investments.

The Cabinet statement quoted the Qatari Finance Minister as saying that the Egyptian-Qatari relations are “brotherly and historical”, and that Qatar is a main investor in Egypt in many domains.

Egypt and Qatar have strengthened their relations after Egypt, Saudi Arabia, the Emirates and Bahrain signed the Al-Ula Declaration with Doha in January 2021, ending years of a diplomatic rift that started in 2017.