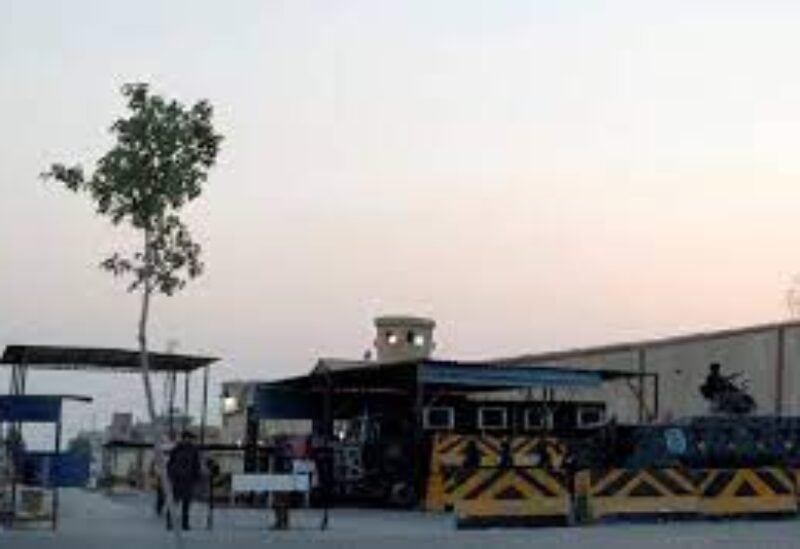 A three-story clinic stands adjacent to clean machinery inside a new detention complex on the outskirts of Cairo. Female detainees display their artwork and needlework.

During a carefully controlled media tour of the facility last month, Assistant Interior Minister Tareq Marzouq told reporters that the government was pressing for prison improvements that represented Egypt’s “amount of development and modernity.”

Supporters of President Abdel Fattah al-Sisi argue that efforts to improve prison conditions, as well as the development of a five-year human rights policy, represent Egypt’s rising confidence as it emerges from the twin challenges of Islamist terrorism and political instability.

Former army chief Sisi has faced years of criticism from activists and some foreign leaders, including U.S. President Joe Biden, for crushing dissent since coming to power in 2014 after leading the ouster of elected President Mohamed Mursi.

At a youth forum this month, Sisi characterized criticism over human rights as an attack on Egypt and said it did not reflect reality on the ground. He says the government has tried to provide economic welfare after overcoming turmoil following a 2011 uprising.

In recent months, authorities have published the lengthy rights strategy, appointed a national human rights council and lifted a state of emergency in place since 2017.

Judges have also dropped investigations into some groups and activists in a case probing foreign funding of NGOs, and some liberal prisoners were freed from pre-trial detention.

Some analysts say the moves are minor concessions to prevent Western powers, who have provided aid to Egypt’s economy and its military, from reducing their support.

“The Egyptian government believes that it can withstand this pressure,” said Mustapha al-Sayyid, a professor at Cairo University.

Opponents of Sisi dismissed the reforms as superficial.

“These were cosmetic steps for media consumption and not for the improvement of the state of human rights in Egypt,” said Gamal Eid, one activist still under investigation over the foreign funding of NGOs.

On Jan. 10 he said that the Arabic Network for Human Rights Information that he ran was halting activities, citing growing pressure from authorities.

Asked about Eid’s case and other alleged rights abuses in a rare meeting with foreign media at the forum, Sisi called into question the accuracy of rights groups’ research and said Egypt was a state of law.

Mursi, who died after collapsing in a prison courtroom in 2019, was arrested in 2013 with other leaders of the now-banned Muslim Brotherhood Islamist movement in a crackdown that extended to liberal activists and critics.

There are no official figures on detainees, but rights groups estimate tens of thousands were jailed on security-related charges, as Sisi tightened control. Most remain behind bars, the rights groups say.

Egypt’s state press center did not respond to a request for comment on prison conditions and suppression of dissent.

Mohamed Mamdouh, a pro-government nominee to the national rights council, said the network of new “correctional and rehabilitation centers” showed Egypt was emerging from a dark period.

The new facilities, which Sisi has said would be “humane and dignified”, will replace prisons due to close, including parts of Cairo’s Tora complex where Brotherhood leaders and other prominent dissidents are being held.

In a 2021 report, Amnesty International said political prisoners in Tora and elsewhere were subjected to squalid conditions and cruel treatment, including denial of food and healthcare, and prolonged spells of solitary confinement.

Officials deny accusations of inhumane treatment and say there are no political prisoners in Egypt.

Since December, two detainees whose cases drew admonishment in Europe have been released from jail.

Egyptian-Palestinian activist Ramy Shaath, arrested in Cairo in 2019, was deported to France, and Patrick Zaki, a rights researcher who had been studying in Italy was freed but still faces trial in Egypt.

Those released often remain subject to restrictions including asset freezes and travel bans, lawyers and activists say, and several other prominent detainees received sentences in what their lawyers and families say are baseless trials.

Among them are Alaa Abdel Fattah, a leading activist in the 2011 uprising, and Ziad el-Elaimy, a liberal former member of parliament detained in 2019 on accusations of plotting to bring down the government. He was sentenced in November to five years in prison on separate charges of spreading false news.

Elaimy and others arrested at the time were trying to mobilize participation in Egypt’s 2020 parliamentary election, those close to them say. Lawyers’ requests to see the case files and meet Elaimy were denied, said his mother, 65-year-old former journalist and activist Ekram Yousef.

“I don’t know how or whether that human rights strategy is going to be implemented,” she told Reuters. “I am waiting for a miracle.”

The state press Centre did not respond to a request for comment on Abdel Fattah’s and Elaimy’s cases.

Anwar al-Sadat, a former member of parliament nominated to the national rights council who has helped mediate recent prisoner releases, said improvements in the area of human rights in Egypt would take time.

“We need to change the culture of human rights for many, whether in government bureaus, and some of the concepts in some of the law enforcement agencies and also the justice system,” he said.

But a shrunken pool of activists holds out little hope of significant change, saying existing laws provide cover for a continuing crackdown.

These include recent legislation penalizing those who publish rumors or false statements during epidemics or who conduct unauthorized research on the military.