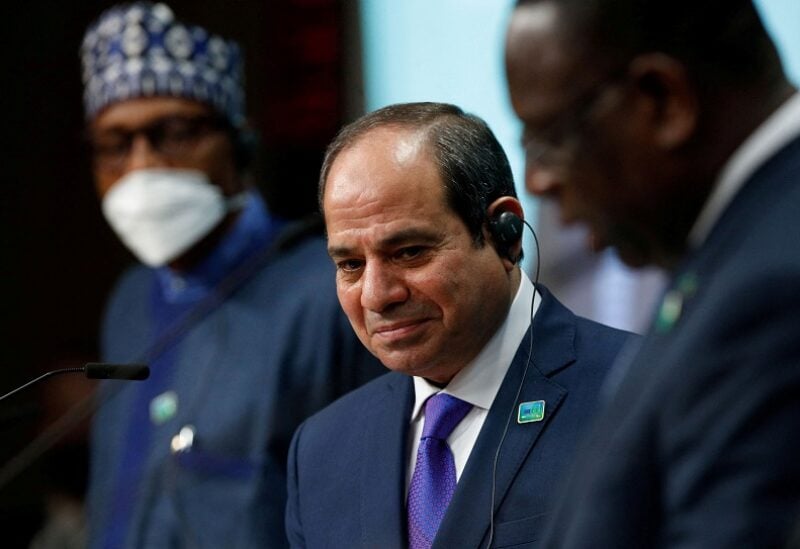 Egypt’s President Abdel Fattah al-Sisi met with Chairman of the Supervisory Board of Siemens Energy Joe Kaeser in Cairo on Sunday.

The meeting comes in line with Cairo’s efforts to transform into a regional hub for the production and exchange of new and renewable energy.

A spokesman for the Egyptian Presidency Bassam Rady said the discussions highlighted the cooperation with Siemens in green energy projects.

Egypt is seeking to transform into a regional gas trade hub in the Mediterranean by taking advantage of its liquefaction stations, through which it can import explored gas in the eastern Mediterranean to liquefy and re-export.

It has an ambitious vision to transform into a hub for producing and exporting clean energy, especially green hydrogen and solar and wind energy.

Rady quoted Sisi as saying that Cairo could also benefit from Siemens’ expertise in the professional technical and vocational training programs provided to the Egyptian cadres, consolidating the German standards represented in high performance and accurate production,

Kaeser, for his part, hailed the fruitful cooperation with Egypt, which he said is represented in numerous projects in the field of energy.

The most notable project is the “three combined cycle power plants that have become the current backbone of the Egyptian power grid.”

“Siemens considers them one of the prominent icons in the history of the company since its inception,” Kaeser noted.

He said the company looks forward to further promoting the existing partnership with Egypt, particularly in the fields of new and renewable energy.