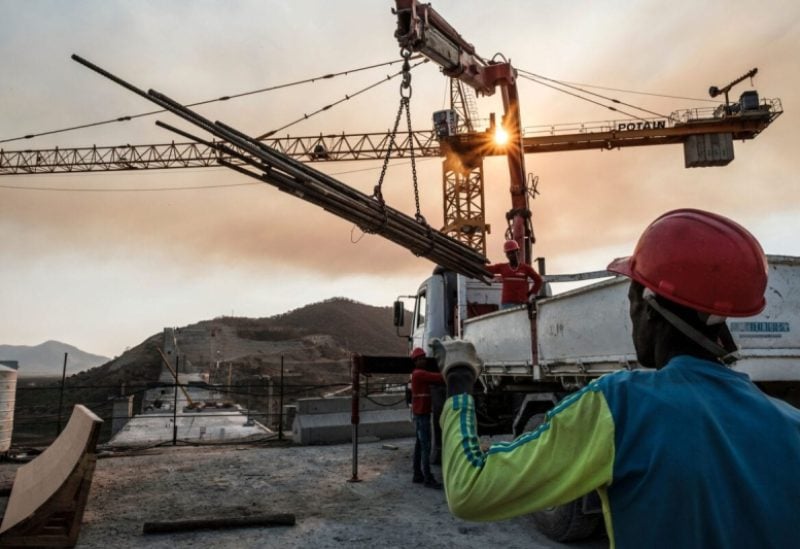 Visiting Washington for a US-Africa summit, Egyptian President Abdel Fattah El-Sisi raised the Grand Ethiopian Renaissance Dam with Secretary of State Antony Blinken, seeking US help in pressing Ethiopia into an agreement on a mega-dam that the parched Arab country sees as an existential threat.
El-Sisi met a day earlier with Ethiopian Prime Minister Abiy Ahmed.81
“This is a very vital and existential matter to us. And we thank the United States for its support and its attention,” El-Sisi told Blinken.
“Reaching a legally binding agreement can achieve something good in accordance with international standards and norms. We are not asking for anything other than that,” he said.
“We need your support on this matter.”
Blinken in the meeting “emphasized the importance of a diplomatic resolution” on the dam “that would safeguard the interests of all parties,” State Department spokesman Ned Price said.
Blinken also raised human rights, acknowledging recent releases of political prisoners but calling for “further progress to advance human rights and fundamental freedoms,” Price said.
The massive $4.2 billion dam on the Nile, set to be the largest in Africa, has been the source of intense friction between Ethiopia and Egypt as well as Sudan.
Egypt, which relies on the river for 97 percent of its irrigation and drinking water, fears that the dam will reduce its already scarce supply of water.
Abiy has promised to continue talks on the dam but has also gone ahead both with filling and operating the initial turbines.
The previous US administration of Donald Trump, a close ally of army chief turned president El-Sisi, sought to negotiate a solution and cut off aid to Ethiopia after accusing Addis Ababa of failing to engage in good faith.
Trump, while in the White House, made waves by suggesting Egypt could attack the dam, a possibility publicly dismissed by Cairo.
President Joe Biden’s administration has taken a lower-key approach, favoring diplomacy but not linking aid to the issue.
But Biden’s relations soured with Ethiopia over unrelated concerns of rights abuses in an offensive against rebels in the Tigray region, which has come to a halt after a deal last month.
Biden took office seeking a greater distance from El-Sisi over domestic rights concerns but he has welcomed his role in brokering a cease-fire last year in the Gaza Strip and in hosting last month’s UN climate summit.