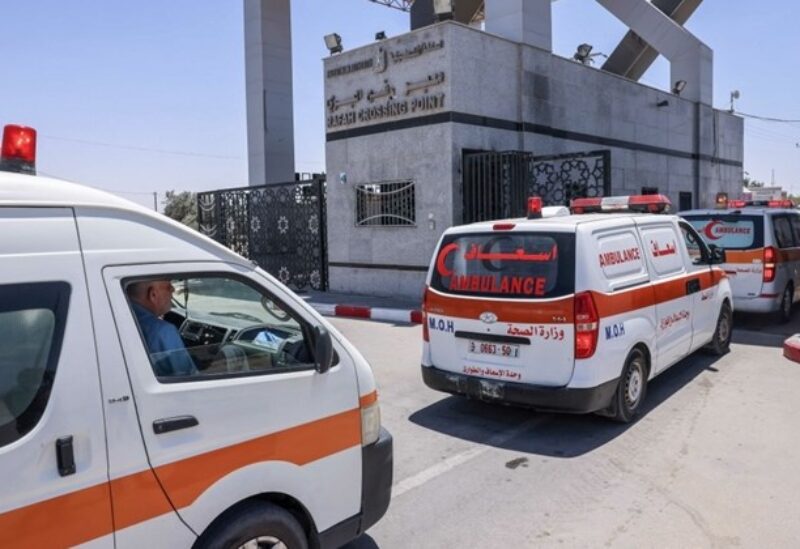 Ambulances evacuating injured Palestinians to Egypt for treatment arrive at the Rafah border crossing with the neighbouring country, in the southern Gaza Strip, on May 17, 2021. / AFP / SAID KHATIB

President Abdel Fattah al-Sisi on Sunday ordered the Rafah crossing between Gaza and Egypt — the enclave’s only border point not controlled by Israel — to open to allow wounded Gazans to be treated in Egyptian hospitals and to deliver aid.

Sources at Rafah on Tuesday said that 26 trucks of food had been sent to Gaza, with 50 ambulances ready to transport the wounded.

Egypt said it would make in space in 11 hospitals with over 900 beds.

Israel launched its air campaign on the Gaza Strip on May 10 after the enclave’s rulers, the Islamist group Hamas, fired a barrage of rockets in response to unrest in Israeli-annexed east Jerusalem.

Israeli air strikes have killed 213 Palestinians, including 61 children, and wounded more than 1,400 people in Gaza, according to the Hamas-run health ministry.

The UN says nearly 40,000 Palestinians have been displaced and 2,500 have lost their homes.

Strikes have knocked out the only Covid-19 testing laboratory in Gaza, the territory’s health ministry has said. – AFP