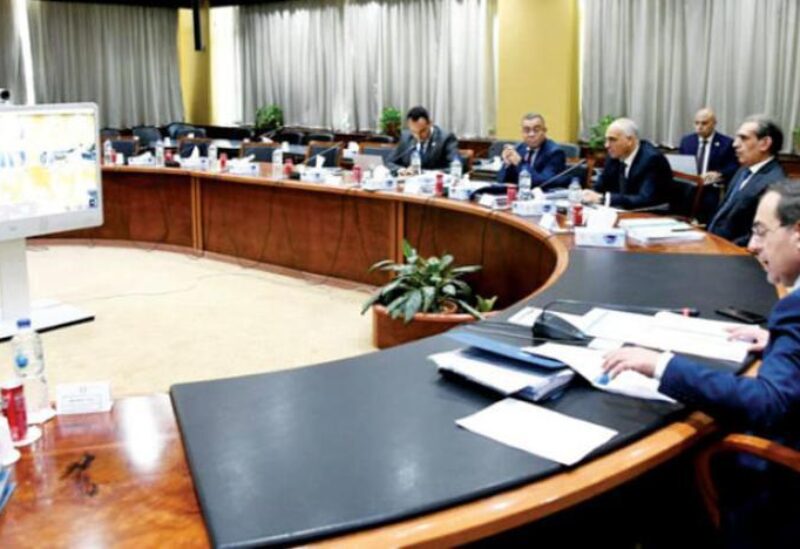 Egypt’s Minister of Petroleum and Mineral Resources Tarek el-Molla chaired on Sunday the meetings of the general assemblies of public sector oil companies, via video conference, to discuss and approve the results of FY 2021/22.

He affirmed that the public sector oil companies have developed remarkably in recent years, citing the modernization in their facilities and growth in their activities, economic returns and capital.

Molla further underlined these companies’ success in achieving outstanding results during the last fiscal year, despite the circumstances and challenges the world is going through and their repercussions.

“The economic reform policies and rationalization of subsidies have helped the public sector oil entities meet their requirements, develop their performance and increase the added value thereof for the benefit of the Egyptian economy,” Molla explained.

The Minister highlighted the continued development of the butane system in Egypt to keep pace with the comprehensive development in the petroleum sector and the work of raising efficiency, digitization, governance and enhancing safety.

He noted that the average consumption of butane has dropped from 4.2 million tons to 3.6 million tons annually despite the population increase.

For his part, Chemist Majid al-Kurdi, head of Assiut Petroleum Refining Company, reviewed the most important results of the company’s work during the fiscal year 2021/22.

He said the company refined about 3.4 million tons of crude to supply petroleum products to the local market at a value of EGP47 billion.

Kurdi pointed out that the volume of investments that were pumped amounted to about 1.3 billion pounds to implement replacement and renewal programs and projects, enhance the requirements of occupational safety and health, protect the environment, and start implementing new production units.

Meanwhile, Eng Ayman Abdel Badie, President of the Petroleum Pipelines Company, reviewed the most important projects implemented to develop the national network for transporting crude and petroleum products through pipelines.

He highlighted the unprecedented investments amounting to about EGP3.3 billion to implement replacement and renewal projects, raise efficiency of the pipelines, industrial security and environmental protection.

Abdel Badie stressed that the Damietta-Tanta gas pipeline is considered one of the most important projects within the ministry’s strategy to transform Egypt into a regional hub for the trade and circulation of petroleum products.

President of Petrogas Company Nabawi Mahmoud, for his part, reviewed the most important results of the work.