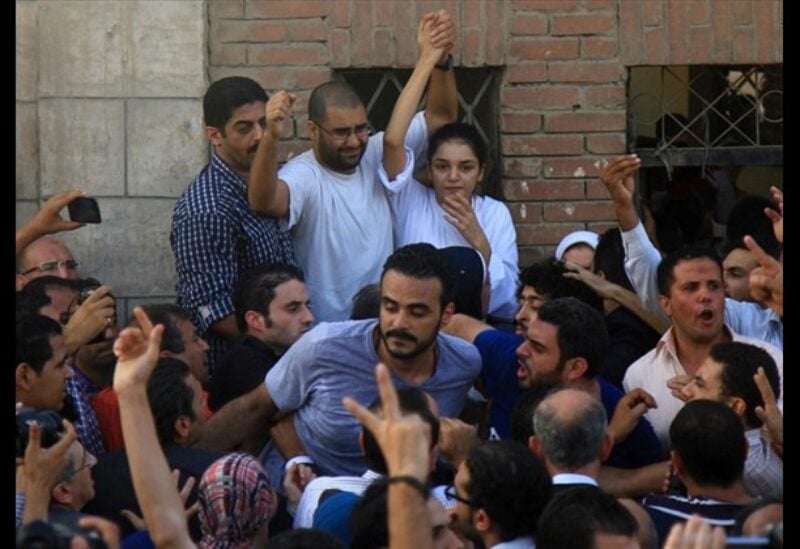 CAIRO: Egyptian political activist Sanaa Seif was sentenced to 18 months in prison on Wednesday for spreading “false information” relating to Covid-19, her sister and lawyers said.

The 27-year-old, a film editor who worked on the Oscar-nominated documentary The Square, which covered the political crisis in Egypt from 2011, was arrested in June 2020.

Seif and members of her family were arrested outside the public prosecutor’s office, where they had gone to lodge a complaint after they were allegedly assaulted outside a Cairo prison complex seeking news of Fattah the day before.

Prosecutors in June had accused Seif of disseminating “false news on the deterioration of the country’s health situation, and the spread of the coronavirus in prisons.”

Human rights lawyer Nabih al-Ganadi said Wednesday Seif had been handed 18 months in jail, including “one year for ‘spreading false information’ and ‘using an account on social networks to commit a crime’, and six months for ‘defaming a public official’.”

Seif’s sister, Mona Seif, said she had been charged for spreading false information “about coronavirus”.

“This dreadful country is determined to steal the lives of my brother and sister in their rotten prisons,” Mona Seif added.

The arrest of Sanaa Seif came after she stood outside the prison where Fattah was held hoping for news of him, amid fear of the spread of Covid-19 inside jails.

Rights groups estimate about 60,000 political prisoners are being held in Egyptian jails, in a crackdown on dissent under way since Sisi took power in 2014.

“Today’s verdict is yet another crushing blow for the right to freedom of expression in Egypt,” Amnesty’s Amna Guellali said.

“The Egyptian authorities have yet again demonstrated their unrelenting intent to punish any criticism of their dismal human rights record.”