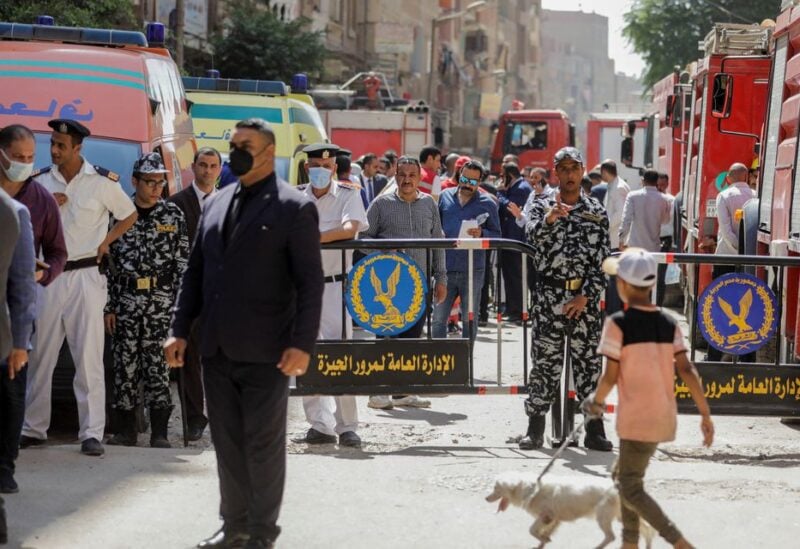 People and police gather near the scene where a deadly fire broke out at the Abu Sifin church in Giza, Egypt, August 14, 2022

On Sunday, an electrical fire rushed through an Egyptian Coptic Christian church during Mass, sparking a panic and killing at least 41 people, the majority of whom were youngsters, according to security sources.

The fire broke out just before 9 a.m. in the Abu Sifin church in Giza, where 5,000 people had assembled.

According to the two accounts, the fire blocked an entry to the church, creating the rush, and the majority of those murdered were youngsters.

Electrical fires are not rare in Egypt. In late 2020, a fire at a hospital treating COVID-19 patients killed at least seven people.

According to the Interior Ministry, a forensic assessment revealed that the fire started in the second floor air conditioning due to an electrical problem.

According to the report, the leading cause of death was smoke inhalation. According to a government statement, families of those who died would get 100,000 Egyptian pounds ($5,220).

Egypt’s second-largest city, Giza, is located directly over the Nile from Cairo.