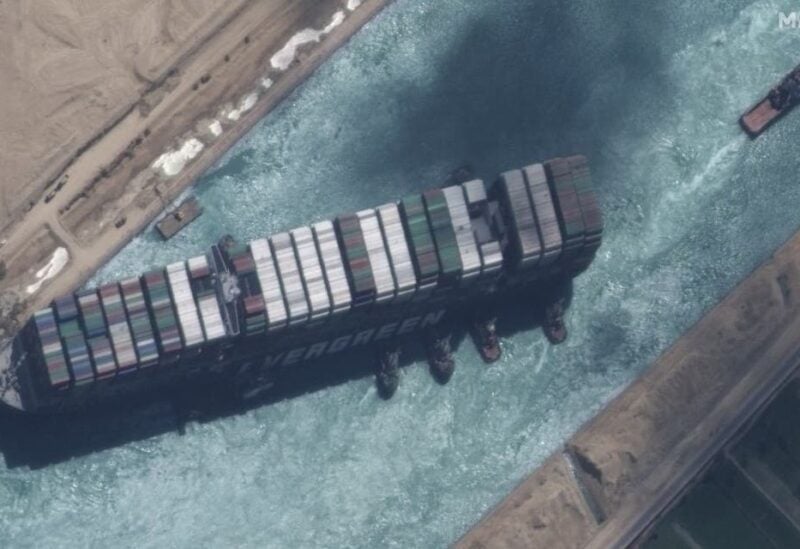 This satellite imagery released by Maxar Technologies shows a close up overview of the MV Ever Given container ship and tugboats in the Suez Canal on March 29, 2021. (AFP)

An Egyptian court has lifted the detention order on the Ever Given container ship allowing for its expected release from the Suez Canal on Wednesday, a lawyer and judicial sources said.

The Ever Given’s owners and insurers announced on Sunday that they had reached a settlement with the Suez Canal Authority (SCA) overcompensation for the ship becoming grounded in March and blocking traffic in the waterway.

The ship has been held under court order in a lake between two stretches of the canal since it was dislodged on March 29 as the SCA pushed for compensation from its Japanese owner Shoei Kisen and its insurers.

Ahmed Ali, a lawyer representing Shoei Kisen, on Tuesday said he had been informed of the decision to lift the order.

The SCA has announced that the ship will be allowed to sail on Wednesday, when a ceremony will be held to mark its departure.

The 400 meter (430 yard) vessel, one of the world’s largest container ships, will be accompanied by two tugs and two senior canal guides, Suez Canal sources said.