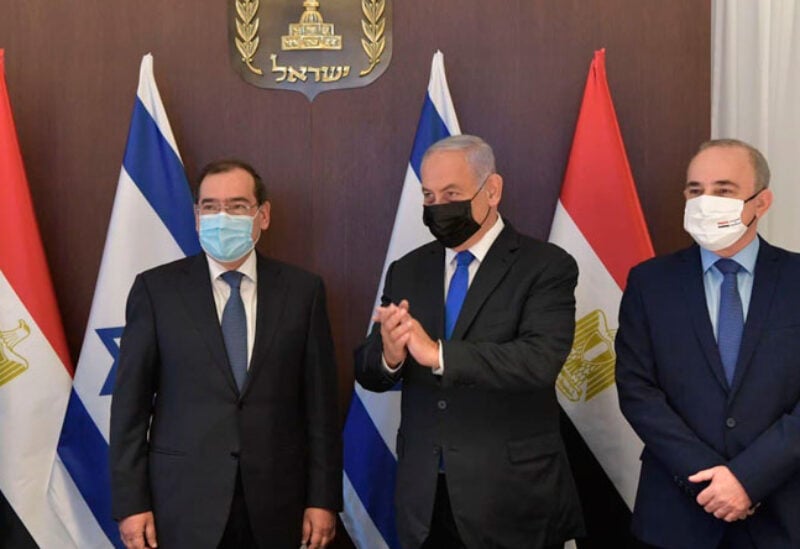 Netanyahu told Minister for Petroleum and Mineral Resources Tarek el-Molla that the discovery of natural gas in the Mediterranean Sea was an “amazing opportunity” for cooperation between Israel, Egypt, and other countries on energy and other matters.

Speaking at the start of their meeting, Netanyahu called the visit an “important day” for the countries’ relationship and said there was enough gas for both to supply their own citizens and become major exporters.

El-Molla said that he was looking forward to talks at the East Mediterranean Gas Forum (EMGF), which comprises Israel, Egypt, Cyprus, Greece, and the Palestinian Authority.

Israel joined the EMGF last September in a development formally establishing the brainchild of Steinitz and el-Molla as a regional intergovernmental organization, based in Cairo.

The forum wants to cooperate on the establishment of a natural gas pipeline connecting Israel, Greece and Cyprus to Italy and on to Europe. The eventual aim is to supply the continent with ten percent of its gas.

Directors general of each member country’s energy ministry are to form a working group to take things forward, while an advisory committee will be set up to include private sector international energy companies.

France has applied to join the body, and the European Union and the United States are involved as observers. The latter is particularly concerned with reining in the power of Russia, which last year remained the largest supplier of natural gas and petroleum oils to the EU, ahead of Norway.

Turkey, to the chagrin of the EU and other states, has been carrying out exploratory drilling in waters claimed by Cyprus and Greece. In August 2020, it sent a survey vessel into Greek-claimed waters, escorted by warships.

Israel’s Tamar and Leviathan gas fields – along with the smaller Karish and Tanin fields set to start production in 2021 – are seen as a bonanza for a nation that has traditionally been starved for natural resources.

El-Molla’s visit came as Israel is dealing with a major oil spill, which has highlighted activists’ fears of environmental damage due to energy exploitation in the eastern Mediterranean.