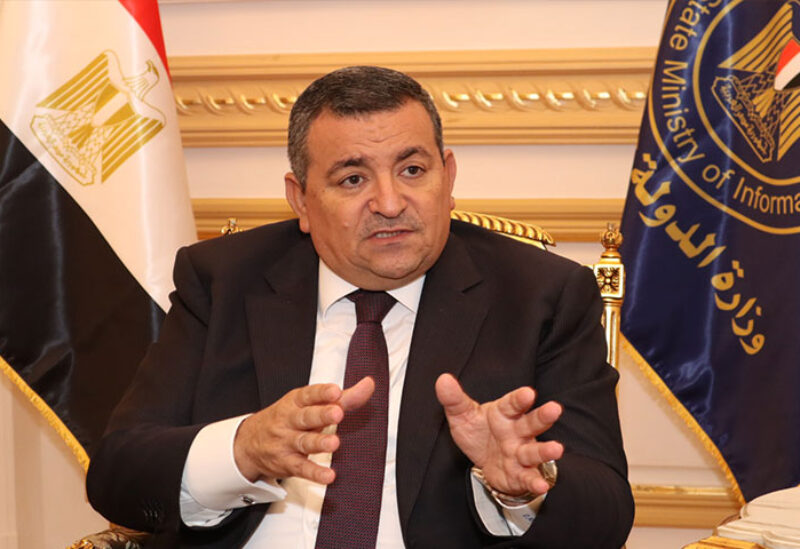 Egypt’s Minister of State for Information Osama Heikal resigned on Sunday after just 16 months in office, the government said.

The statement did not elaborate on Heikal’s reasons for stepping down, but he had been facing accusations of negligence, financial infractions and violating the constitution.

In October 2020, Heikal made controversial statements regarding the quality and profitability of several state-run newspapers and television channels.

Last month, parliament members accused him of disrespecting them after he twice ignored summons to appear before a committee formed to address the accusations against him.

In comments posted last year on his personal Facebook page and the Information Ministry’s official page, he highlighted what he said was the growing obsolescence of Egyptian newspapers.

He said most Egyptians aged 35 and under, who constitute between 60 and 65 per cent of the country’s 100 million people, have stopped reading newspapers.

Several media outlets did not take kindly to his comments, especially that they came from someone who, in theory, is mandated to represent their interests in the government.

A number of prominent editors-in-chief responded with scathing op-eds accusing Heikal of meddling in their business operations, particularly their advertising sales.

They said his comments could push away advertisers.

In response, Heikal suggested that the criticism was nothing but an unfounded smear campaign funded by foreign powers attempting to undermine the Egyptian government.

His comment was taken to be a thinly veiled reference to the outlawed Muslim Brotherhood.

However, many were not convinced by his defense since most of the criticism has come from media outlets known to be loyal to President Abdel Fatah El Sisi’s government.

Heikal was appointed minister of state for information in December 2019. He was Egypt’s first information minister in six years, but his authority was often challenged by, or overlapped, with that of the recently-created National Media Authority.