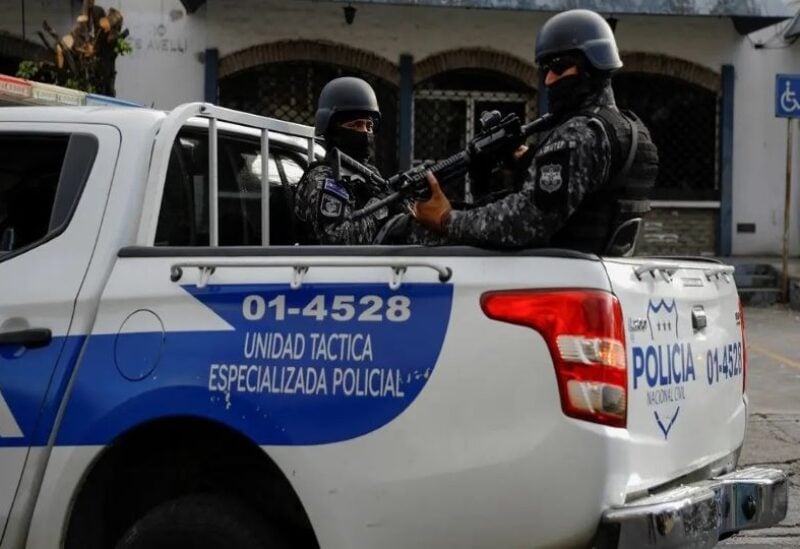 Police officers secure a convoy where suspected gang members are transported after being arrested on charges of being linked to last week's spike in homicides, in San Salvador,

El Salvador’s police reported 62 homicides on Saturday, as lawmakers consider declaring a state of emergency in response to an uptick in gang violence.

“The country has seen 62 homicides this Saturday, March 26,” the National Civil Police said on Twitter.

“We will not surrender in our fight against gangs; we will not stop until the criminals responsible for these crimes are apprehended and prosecuted,” they stressed.