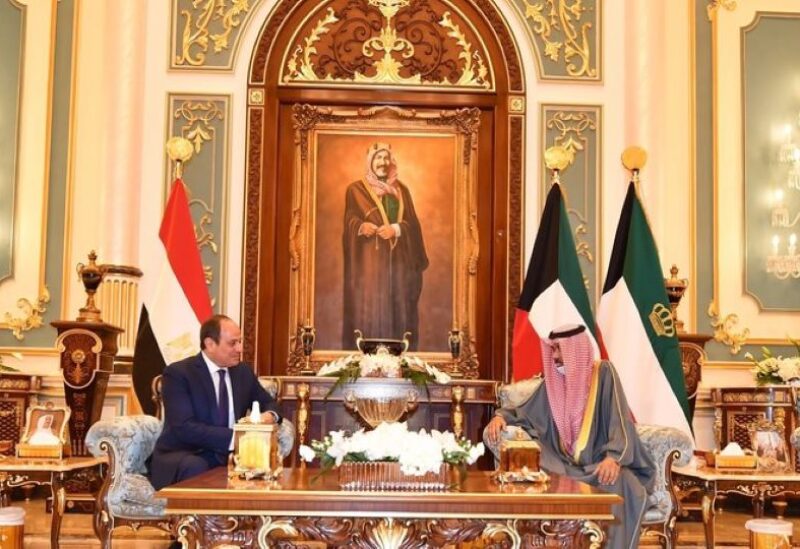 El-Sisi said his country was also keen to strengthen and diversify the frameworks of joint bilateral cooperation in the political, security, economic, and commercial fields during a meeting with Kuwait’s Emir Sheikh Nawaf Al-Ahmed Al-Jaber Al-Sabah, according to Egyptian Presidency Spokesman Bassam Rady.

Sheikh Nawaf praised Egypt’s efforts on all levels to assist Kuwaiti issues, as well as the Egyptian community’s contributions to Kuwait’s construction and development efforts in many domains.

Kuwait will grow its investments in Egypt in the next years and take advantage of the prospects there, he added, praising Cairo’s role in strengthening the mechanisms of collective Arab action in the face of the region’s current difficulties and challenges.

The meeting, according to Rady, discussed a number of Arab and regional problems of mutual concern, as well as expanding Egyptian-Kuwaiti collaboration, particularly in light of the Egyptian-Kuwaiti joint committee’s 13th session in Cairo and the joint consular committee between the two nations.

They also discussed measures to combat terrorism and extreme ideology, as well as spreading a culture of tolerance and moderation in the area, according to the spokesman, and pledged to work together to address difficulties to promote peace and stability.