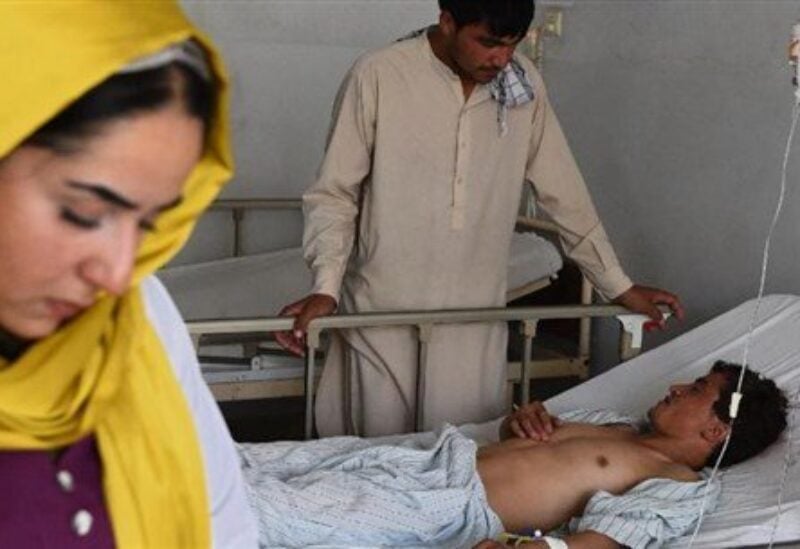 At least 11 civilians including four women and three children were killed when a roadside bomb struck a bus in Afghanistan, officials said Sunday, as top US negotiator Zalmay Khalilzad visited Kabul.

The latest attack targeting passenger vehicles occurred on Saturday evening in the western province of Badghis, raising fears of fresh violence in the months ahead as the US military continues to pull out its last remaining troops from the country.

No group has claimed responsibility for the blast but Badghis governor Hessamuddin Shams accused the Taliban of planting the bomb.

Another official from the province, Khodadad Tayeb, confirmed the toll and said that the bus fell into a valley after it was hit by the bomb.

Saturday’s attack came after a series of blasts targeted passenger buses in Kabul this week, two of them on Thursday in areas largely dominated by the Shiite Hazara community.

Afghanistan‘s Hazaras are often the target of brutal jihadist attacks usually claimed by the Islamic State. Hours after Thursday’s attack activists launched a campaign on Twitter under the hashtag “stopHazaraGenocide”.

On Sunday, a car bomb attack targeting the police headquarters of Balkh district in the northern province of Balkh left two policemen dead and 15 others wounded including civilians, police said.

The Taliban claimed the attack.

Violence has soared in recent weeks as government forces and the Taliban clashed in near-daily battles across the rugged countryside, with the militants appearing to focus on capturing new territory and battering checkpoints and bases near Kabul.

The Taliban said on Saturday that they have “captured the district of Deh Yak” in the province of Ghazni, about 150 kilometres south of Kabul.

The authorities said they had only “relocated” their forces from the area.

Ghazni is strategically located on the main road from Kabul to Kandahar, the former bastion of the Taliban in the south. The province sees regular fighting between the two warring sides.

In 2018, the Taliban briefly seized the provincial capital Ghazni, which has the same name as the province, in an all-out attack that left several government buildings torched and destroyed.

The surge in violence across Afghanistan comes as the US military continues to withdraw its remaining 2,500 troops from Afghanistan even as peace talks to end the war remain deadlocked.

President Joe Biden has ordered the military to complete the pullout by the 20th anniversary of the September 11 attacks.

On Sunday, top US negotiator Zalmay Khalilzad who negotiated a deal with the Taliban to withdraw foreign forces visited Kabul where he met President Ashraf Ghani and other officials, the presidential palace said.

Khalilzad in the meeting assured Ghani of a continued $3.3 billion in annual aid to Afghan forces even after the American troops leave the country, the palace said in a tweet.