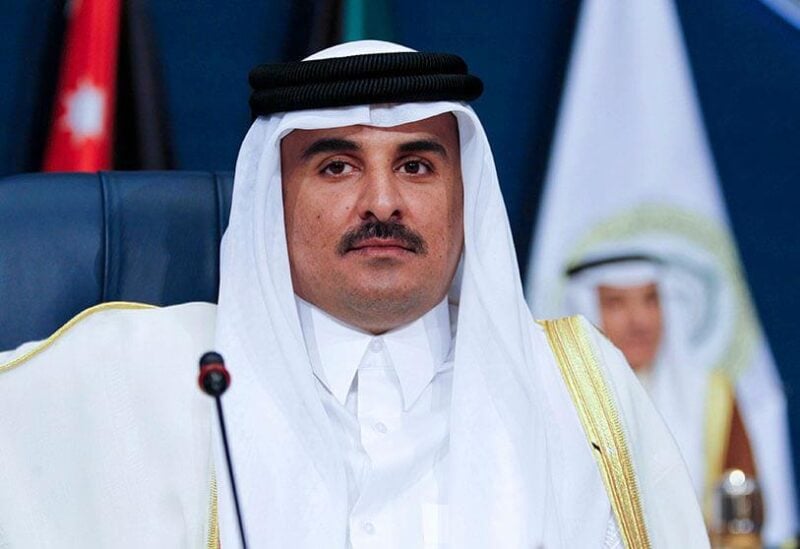 Qatari Emir Sheikh Tamim bin Hamad Al-Thani invited the Egyptian President Abdel Fattah El-Sisi to visit Qatar, through a message that was delivered on Tuesday during a meeting of Sheikh Mohammed bin Abdulrahman Al-Thani, Qatar’s deputy prime minister and minister of foreign affairs, with El-Sisi in Cairo.
In an official statement, Sheikh Tamim said he hoped to enhance discussions on bilateral relations. He added that he looked forward to discussing international developments and coordinating positions on them to serve the aspirations of both countries.
The Qatari minister expressed his appreciation of the strategic and pivotal role Egypt plays under El-Sisi’s leadership in protecting Arab national security and defending Arab causes. He also expressed his thanks for Egypt’s tireless efforts to establish security and stability at the regional level.
El-Sisi and the Qatari minister agreed on “intensifying joint consultation and coordination” to boost bilateral ties between the two nations, the statement added.
Qatar’s chief diplomat also discussed with Egypt’s Foreign Minister Sameh Shoukry “the positive development” in ties between the two countries.
El-Sisi asked the diplomat to convey his greetings to the emir, welcoming the recent positive developments in Egyptian-Qatari relations.
El-Sisi reiterated Egypt’s keenness to achieve cooperation and support for Arab solidarity as a solid strategic approach to its policy based on mutual respect, common interest and sincere intentions.
Both parties agreed to intensify consultation and joint coordination between Egypt and Qatar, including the exchange of visits by senior officials.
The meeting stressed the importance of taking advantage of the economic and investment opportunities available in the two countries.
The meeting was also attended by the head of the Egyptian General Intelligence Service, Abbas Kamel, and the head of Qatar’s state security apparatus, Abdullah Al-Khalifi.