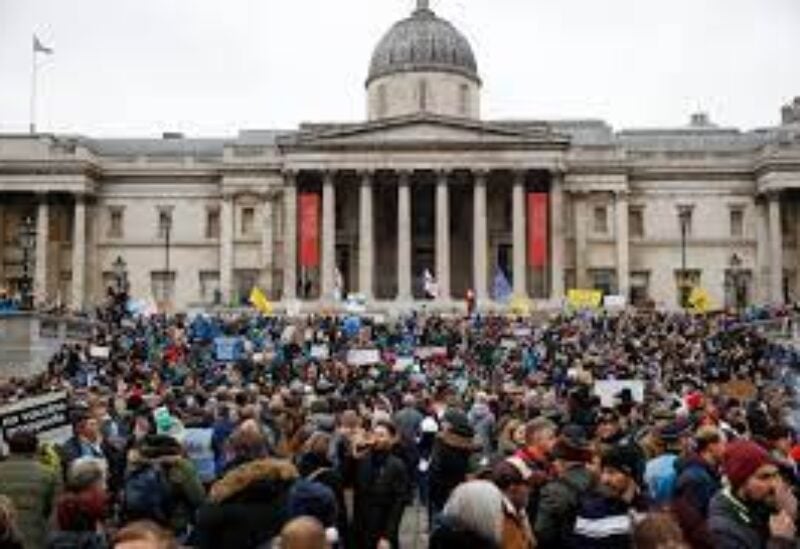 The British government intends to rescind its decision to make COVID-19 vaccination mandatory for health professionals in England, citing concerns that an already overburdened system might suffer severe personnel shortages.

Employees of the state-run National Health Service and social care professionals would have been expected to be completely vaccinated by April 1 under the proposal. This implies they’d have to have their first shot this week in order to make the deadline.

Some employees objected to the policy, which was published in November, with warnings that firing individuals who did not comply may leave the health service with serious staff shortages. A number of Conservative Party politicians, including Prime Minister Boris Johnson, have also condemned the decision.

Health minister Sajid Javid said on Monday the government would launch a consultation into whether the policy was still needed with the emergence of the Omicron variant, which is more transmissible but results in milder symptoms.

“Subject to the responses…the government will revoke the regulations,” Javid told parliament.

“While vaccination remains our very best line of defense against COVID-19 I believe that it is no longer proportionate to require vaccination as a condition of deployment.”

England has abandoned COVID-19 measures introduced to combat the Omicron variant, including compulsory mask-wearing on public transport and in shops and guidance to work. Scotland, Wales and Northern Ireland decide their own measures, which have generally been stricter.

The government has faced criticism for its overall handling of the pandemic in which Britain has reported more than 155,000 deaths from COVID-19 in total, the seventh highest death total in the world.

More than 75,000 health workers – about one in 20 employees – have not had a COVID vaccine, according to the NHS.

The backlash against mandatory vaccination in Britain is in line with wider sentiment across the world as people from the United States to Ukraine argue that such rules violate human rights and civil liberties.

The government previously said that vaccinations were crucial to contain the spread and reducing severity of the infections, and thereby cut down cases that need to be hospitalized.