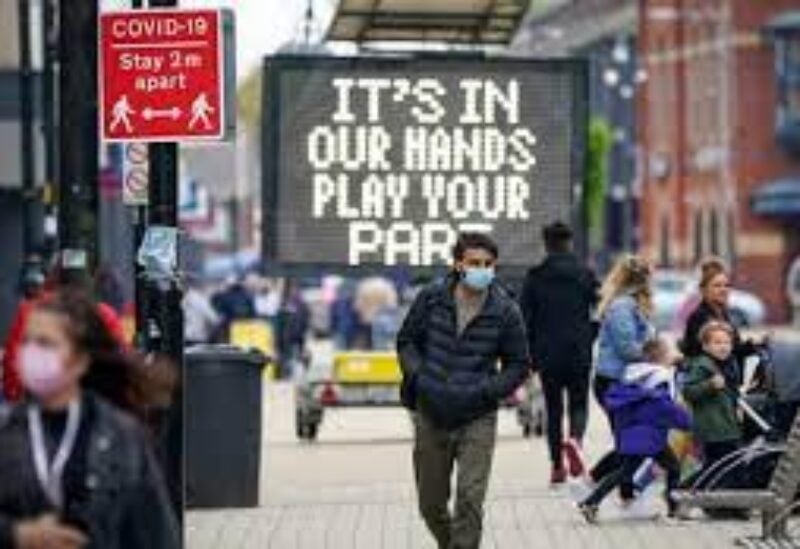 Official statistics indicated that England recorded a daily total of 162,572 new cases of COVID-19 on Saturday, up from 160,276 the day before.

In England, 154 additional fatalities from the virus occurred within 28 days after a positive test, down from 178 on Friday, according to the daily bulletin.

Because to variances in reporting schedules during the New Year weekend, the statistics did not cover Scotland, Wales, or Northern Ireland on Saturday.

The daily number of confirmed infections across the United Kingdom repeatedly broke records in December as the Omicron variant spread rapidly. However, hospitalizations and deaths have remained at lower levels than during previous waves.

Scotland, Wales and Northern Ireland have all introduced restrictions such as nightclub closures, social distancing rules in pubs and limits on the number of people allowed to gather.

But England, which accounts for more than 80% of the UK population, has not brought in any restrictions. Health Secretary Sajid Javid said any new curbs would only be introduced as an “absolute last resort”.