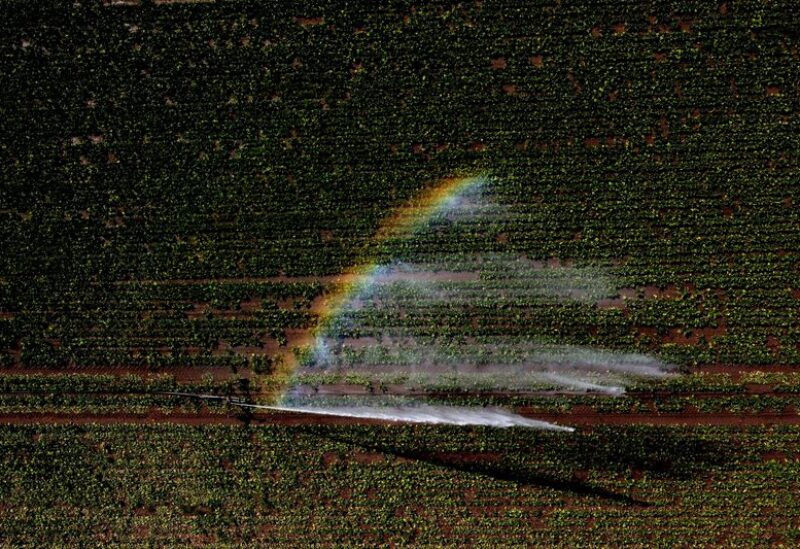 Crops are watered during the heatwave in Brawtry, Yorkshire, Britain, August 11, 2022. REUTERS/Carl Recine

British homes were subjected to new water usage limits, with areas of England expected to formally declare a drought as the government, environmental experts, and water firms met to consider the consequences of prolonged hot and dry weather.

The National Drought Group convenes following England’s driest July since 1935. Only 35% of the usual monthly rainfall fell, and areas of England and Wales are currently under a four-day “extreme heat” warning.

Local media, including the BBC and Sky News, reported that several regions of the country could declare a drought. The government said no decisions had been taken before the meeting.

“The hot, dry, weather means that Yorkshire’s rivers are running low and our reservoirs are around 20% lower than we would expect for this time of year,” Yorkshire Water’s director of water, Neil Dewis, said.

The company, which services about 2.3 million households and 130,000 business customers across northern England and parts of the Midlands, is the latest regional water firm to announce usage restrictions.

A ban on hoses and sprinklers for South East Water customers came into effect on Friday. Thames Water, which supplies 15 million people around London, has said it is also planning restrictions. {nL1N2ZF0H0]

Any drought declarations would be regional and would not automatically trigger specific government interventions. However, they could lead water companies to enact more stringent restrictions for households or businesses to preserve supplies.

Much of Europe has faced weeks of baking temperatures that have triggered large wildfires, drained water levels of the Rhine River in Germany and seen the source of Britain’s River Thames dry up further downstream than in previous years.