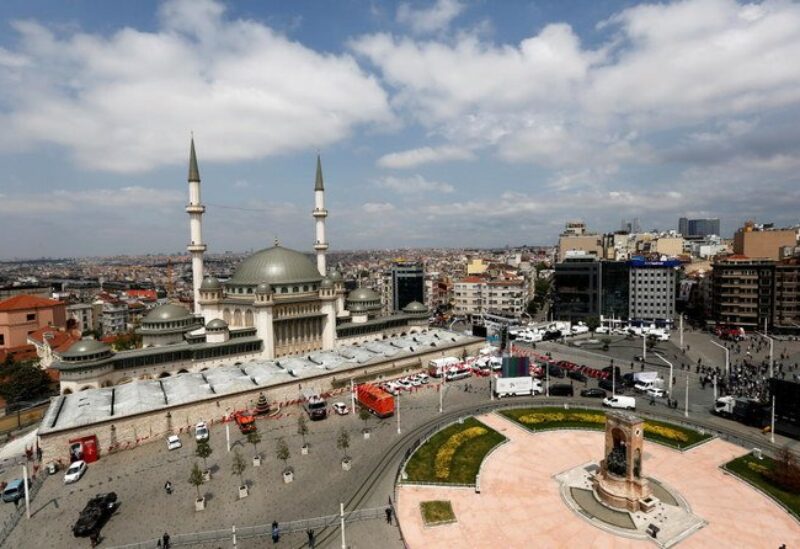 Turkish President Tayyip Erdogan has inaugurated a major new mosque in Istanbul on Friday, fulfilling a decades-old goal of his and stamping a religious identity on the landmark Taksim Square in the heart of the city.

The Taksim mosque and its 30-metre high dome loom symbolically over a monument to the foundation of the Turkish republic by Mustafa Kemal Ataturk, whose staunchly secular legacy has been eroded by almost 2 decades of Erdogan’s rule.

The president waved to the crowd which gathered in the square before entering the mosque for Friday prayers.

Construction of the mosque started in February 2017 in a project backed by Erdogan and his Islamist-rooted AK Party, but which was beset for decades by public debate and court battles.

The mosque is one of many construction projects with which Erdogan has left his mark on the country, including a huge hilltop mosque overlooking the Asian side of Istanbul.

State-owned Anadolu news agency reported that the mosque complex, with 2 towering minarets, will be able to host nearly 4,000 worshipers and includes a library, an exhibition hall, a car park and soup kitchen.