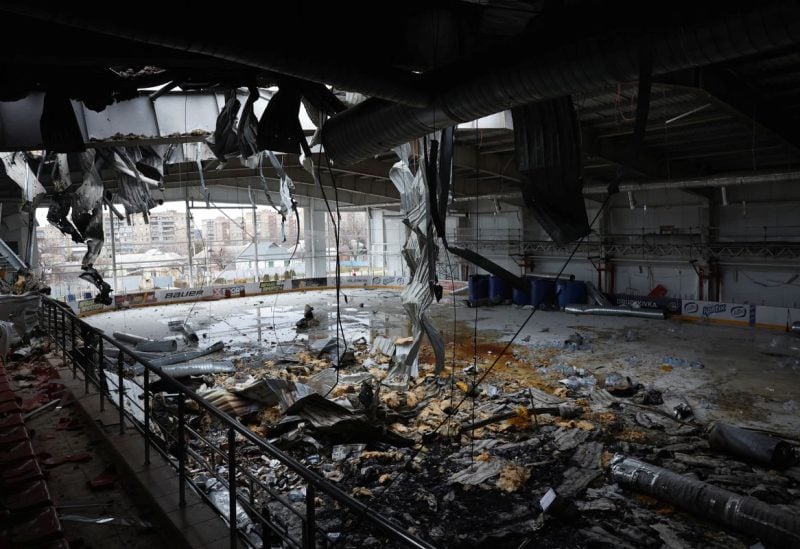 An ice arena that was destroyed by a missile strike is pictured, as Russia's attack on Ukraine continues, in Druzhkivka, Ukraine, January 4, 2023. REUTERS/Clodagh Kilcoyne

Russian President Vladimir Putin and Turkish President Tayyip Erdogan spoke by phone about the need for a unilateral cease-fire and a “vision for a fair solution” in the Russia-Ukraine war, according to a statement from the Turkish presidency on Thursday.

Since Russian forces invaded Ukraine in February, Erdogan and the president of Russia have spoken frequently. In order to arrange a settlement permitting grain exports from Ukrainian ports, Turkey served as mediator in conjunction with the United Nations.

“President Erdogan said calls for peace and negotiations should be supported by a unilateral ceasefire and a vision for a fair solution,” the readout said, adding that Erdogan reminded Putin of the positive outcomes of the grains corridor deal.

Ukraine is a major global grain producer and exporter, but production and exports have fallen since Russia invaded and started blockading its seaports.

The two leaders also discussed Syria, with Erdogan telling Putin that concrete steps needed to be taken to clear Kurdish militants from the Syrian border region, the readout said.