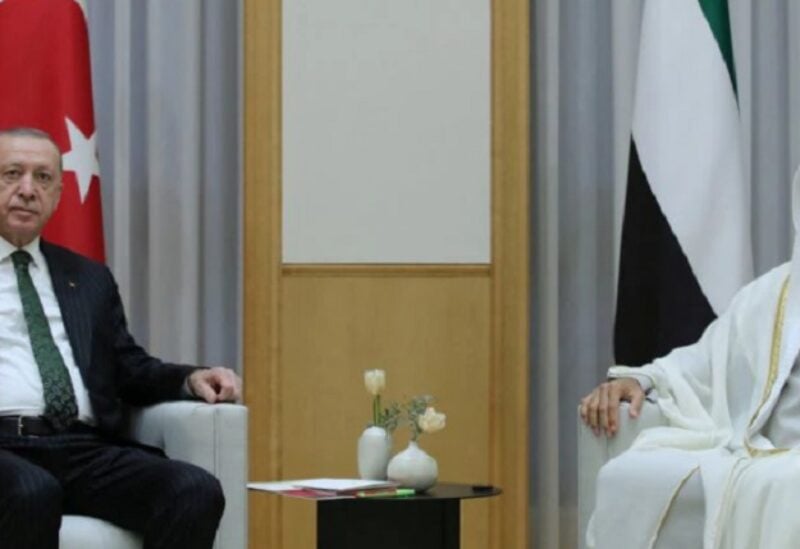 Turkish President Tayyip Erdogan touted his country’s investment advantages to business people in the United Arab Emirates on Tuesday after a flurry of agreements between the two countries seeking to build economic bridges after years of animosity.

The move to rein in a bitter regional rivalry, rooted in differences on the role of political Islam in the region, comes after Ankara launched a charm offensive last year at a time of economic turmoil in Turkey and as the UAE turns towards soft power politics.

“Our mutual goal is to carry our bilateral relations to much higher levels in all areas,” Erdogan told a business event. “Turkey provides very important advantages for investors looking for alternatives to Asia-centred production areas.”

The UAE and Turkey on Monday signed a joint statement on starting negotiations for a bilateral trade and investment deal as well as several agreements, including on defence, state media said. This follows investment accords worth billions of dollars signed in November when Sheikh Mohammed visited Turkey.

The UAE, the region’s trade and tourism hub, has said it wants to manage long-running differences with Turkey and Iran as it doubles down on economic growth after the pandemic.

“The UAE sees economic and developmental cooperation … as a key tool in wisely managing various issues to rid our region of continuous escalation,” Anwar Gargash, diplomatic adviser to the UAE president, said in a Twitter post on Erdogan’s visit.

The rift stems from the Arab uprisings, when Turkey backed the Muslim Brotherhood and their Islamist allies challenging entrenched autocrats from Tunisia to Syria – alarming the UAE’s dynastic rulers, who see the Brotherhood as a political and security threat.