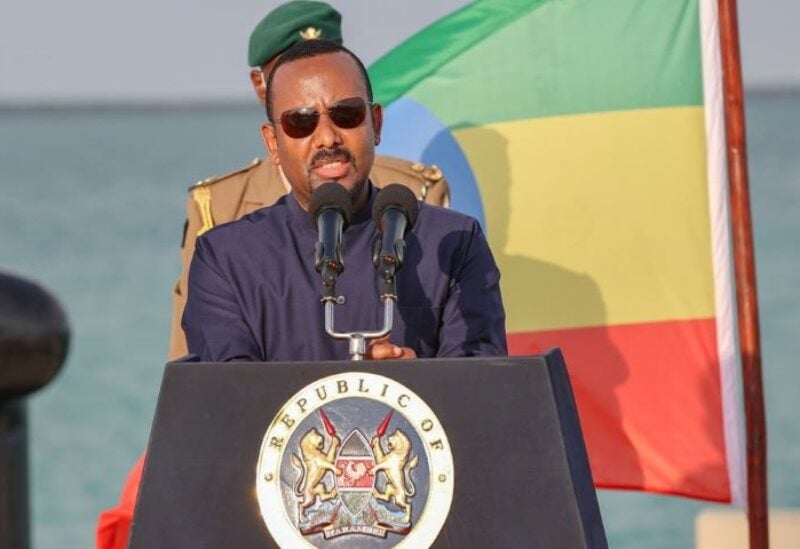 Ethiopian Prime Minister Abiy Ahmed said Monday that he would travel to the front lines to lead troops fighting rebels as the year-long conflict nears the capital, Addis Abeba.

“I will mobilize to the front to lead the defense forces beginning tomorrow,” Abiy, the 2019 Nobel Peace Prize winner, said in a statement posted on Twitter.

“Those who want to be counted among the Ethiopian children who will be remembered by history, rise up today for your country.” Let’s meet in the lobby.”

Abiy’s remarks came as the Tigray People’s Liberation Front (TPLF) rebel group pressed on towards Addis Abeba, claiming control of the town of Shewa Robit, which is only 220 kilometers northeast of the capital by road.

It also came after the ruling Prosperity Party’s executive committee met on Monday to discuss the year-long conflict.

Following that meeting, Defense Minister Abraham Belay told state-run media that security forces would take a “different action,” but he did not elaborate.

“We can’t go on like this, so there will be change,” Belay said.

“What has happened and is happening to our people, the abuses perpetrated by this destructive, terrorist, robber group, cannot continue.”

Abiy sent troops into Ethiopia’s northernmost Tigray region in November 2020 to overthrow the TPLF, claiming the move was in response to TPLF attacks on army camps.

Despite his promises of a quick victory, the TPLF had regrouped and retaken most of Tigray, including its capital Mekele, by late June, prompting the federal army to withdraw from the region.

Since then, the TPLF has expanded into the neighboring regions of Afar and Amhara.

It has also formed an alliance with other insurgent groups, such as the Oromo Liberation Army (OLA), which operates in the Oromia region around Addis Abeba.

Fears of a rebel advance on the capital have prompted several countries, including the United States and the United Kingdom, to withdraw non-essential diplomatic personnel.

These nations are also urging their citizens to flee Ethiopia while commercial flights are still available.

The government claims that rebel gains and the threat to Addis Abeba are exaggerated.

Officials did not respond to a request for comment on the TPLF’s claim to be in possession of Shewa Robit.

Olusegun Obasanjo, the African Union’s special envoy for the Horn of Africa, is leading a frantic push to broker a ceasefire, but there has been little concrete progress so far.