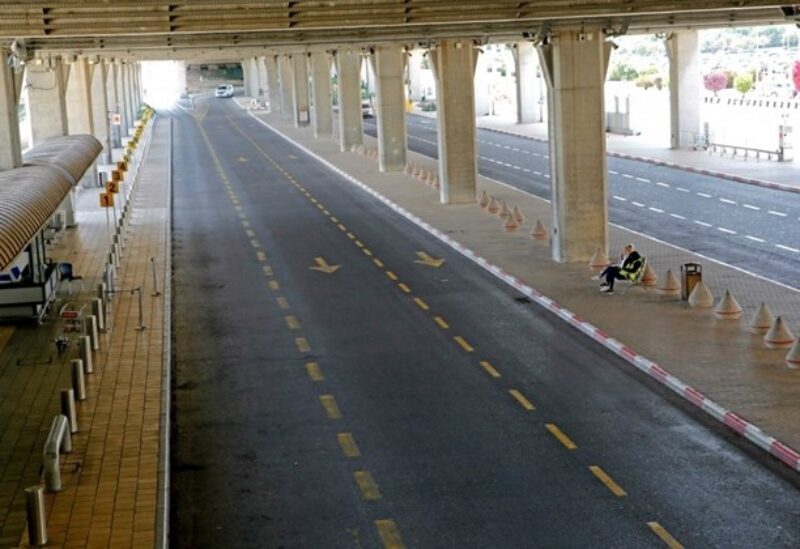 A picture taken on May 13, 2021 shows the deserted entrance of Ben Gurion airport in Lod, near the Israeli coastal city of Tel Aviv, following a rocket attack from Gaza. Israel's civil aviation authority said it had diverted all incoming passenger flights headed for Ben Gurion airport to Ramon airport in the south, due to rocket fire from Gaza early in the morning. / AFP / GIL COHEN-MAGEN

ABU DHABI: The UAE’s national carrier Etihad Airways announced Monday it was temporarily suspending flights to Israel where the main airport near Tel Aviv has come under rocket fire from Gaza.

The United Arab Emirates normalised ties with Israel last year in a US-brokered deal, making it the third Arab nation to do so after Egypt and Jordan. Bahrain, Morocco and Sudan subsequently followed suit.

“Etihad Airways has temporarily suspended passenger services to Tel Aviv in response to the ongoing conflict,” the Abu Dhabi-based carrier said in a statement.

“Etihad is monitoring the situation in Israel and continues to maintain close contact with authorities and security intelligence providers.”

It added that a flight from Abu Dhabi to Tel Aviv on May 19 had been cancelled.

On Thursday Israel’s airports authority said it was diverting all passenger flights to Ben Gurion airport near Tel Aviv to Ramon airport near the southern resort city of Eilat amid rocket fire from the Gaza Strip.

The escalating conflict between Israel and the Palestinians prompted several airlines to suspend services to the Jewish state last week, including KLM, Lufthansa, Aeroflot and several US airlines.

Meanwhile, Dubai’s Emirates airline and budget carrier flydubai, have not announced any changes to their schedules.

On Monday, Israeli air strikes continued to hammer the Hamas-controlled Gaza Strip after a week of violence that has killed more than 200 people, the large majority Palestinian.

In total, 197 Palestinians have been killed in Gaza, including at least 58 children, and more than 1,200 wounded since Israel launched its air campaign against Hamas on May 10 after the group fired rockets.

In Israel, 10 people, including one child, have been killed and 294 wounded by rocket fire launched by armed groups in Gaza.