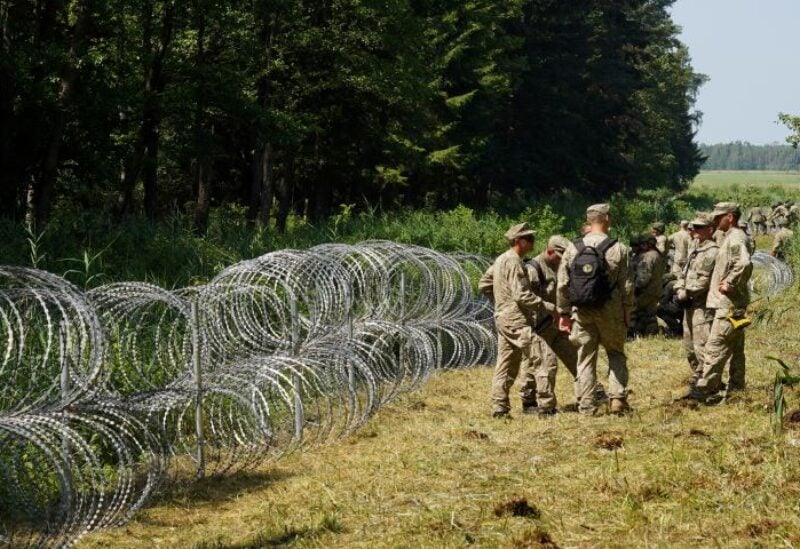 European Union border agency Frontex will deploy 60 border guards to police Lithuania’s frontier with Belarus next week after a surge in migrants crossing illegally, its executive director said on Monday.

In response to EU sanctions, President Alexander Lukashenko has said Belarus will no longer stop people trying to enter Lithuania. Vilnius has accused Minsk since then of flying in migrants from abroad to send illegally into the 27-nation bloc.

Almost 2,100 migrants have entered the EU member state from Belarus illegally this year, including 1,400 this month alone, the Lithuanian border guard service said.

The rapid border intervention mission by Frontex, which was requested by Lithuania, is the agency’s first since it began policing Greece’s land border with Turkey in March 2020.

The 60 border patrol officers, with about 30 vehicles and two helicopters plus staff to screen and interview migrants, will be deployed from July 29 until Oct. 6.

“What we are facing is something that is unprecedented”, Frontex Executive Director Fabrice Leggeri told reporters in the Lithuanian capital Vilnius. “It’s the first time in history that Frontex has to deploy such an operation in this region of the European Union.”

Leggeri said the migrant crisis in Lithuania “was created and is fuelled by” Belarus, and accused it of using irregular migration as leverage with the EU and Lithuania following the latest sanctions against Minsk. Belarus did not immediately respond to a request for comment on the accusations.

Lithuania is building a 550-km (320 mile) razor-wire barrier on the border, which is mostly unfenced. Construction has stalled as it looks for ways to procure the razor wire.

EU members Slovenia and Denmark will supply razor wire “as fast as possible”, in addition to what Lithuania is procuring itself, Lithuanian Interior Minister Agne Bilotaite said.

“The situation when the illegal migration is used as a tool against Lithuania is intolerable. Everyone in Europe understands the seriousness of it, and we are supported not only in words but also in action”, said Bilotaite.

Lukashenko’s opponents accuse him of cracking down harshly on dissent since protests began last August over an election they say was rigged. He denies electoral fraud.

The EU imposed new sanctions on Belarus after Minsk diverted a passenger plane flying from Greece to Lithuania in May and detained a dissident journalist and his girlfriend who were on board.