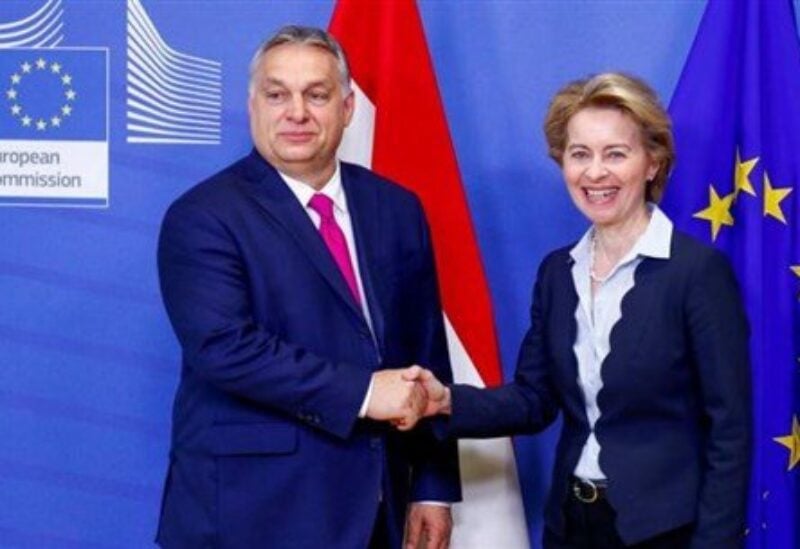 European Commission President Ursula von der Leyen and Hungarian Prime Minister Viktor Orban will discuss on Friday Budapest’s plans for spending its share of the EU’s post-COVID-19 economic stimulus – for which Hungary has yet to give final consent.

Hungary is among 10 European Union countries that have not yet approved the plan for the EU executive to borrow an unprecedented 750 billion euros and then disburse money to the 27 member states to help them revive economic growth.

Orban, who has long been at loggerheads with the EU over squeezing out independent media, academics, courts and NGOs, as well as his restrictive approach to migration, has passed the decision whether to approve onto Hungary’s parliament.

Under the EU plan, national capitals must submit for approval by the Commission and other member states their programmes for spending the recovery aid, about 8.2 billion euros of which should go to Hungary.

Opposition politicians have criticised Orban for having planned spending they say will enrich his allies rather than hitting the bloc’s prescribed targets for green and digital investment. Hungary is due to hold national elections next year.

“I am fighting for European decision-makers to accept only a plan that serves the future of Hungarian society, not the power-plays of Orban and his oligarchs,” said Istvan Ujhelyi, a Hungarian socialist member of the European Parliament.

The Commission wants Hungary to reform its public procurement laws to improve transparency, competition between bidders and accountability, to curb “systemic irregularities”, overpricing and avoid mis-spending of aid.

Brussels has also called on national government to cooperate closely with local authorities when designing and implementing their recovery plans.

But Budapest’s opposition mayor Gergely Karacsony, who is widely tipped to challenge Orban in 2022, has said the government failed to consult with municipalities.

With no green light yet from Budapest for the Commission to borrow, Orban could hold the entire EU plan hostage.

Budapest has offered Brussels an apparent olive branch this month, however, by proposing to scrap a contentious NGO law and amending higher education regulations. The bloc’s top court had ruled that both violate EU norms.

Orban rejects criticism from the EU, rights groups and democracy watchdogs over his track record on the rule of law, and says Hungary is no more corrupt than other countries.