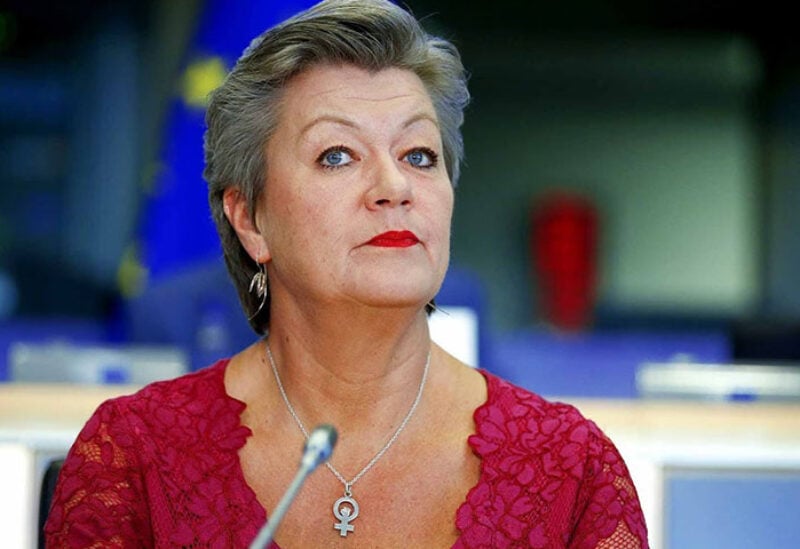 The European Union’s home affairs commissioner was meeting Tuesday with Greece’s prime minister and foreign minister, a day after touring two of the eastern islands in the Aegean Sea most heavily affected by migration into Europe.

The EU is currently working on a new migration pact to tackle the issue of asylum-seekers wanting to enter the bloc. Refugee rights groups have slammed the bloc’s migration policies as inhumane.

The continent’s southern countries, which have become a main entry point for migrants, have long called for a more equitable distribution of asylum-seekers and more solidarity from other EU countries. Greece, Italy, Spain, Malta and Cyprus have formed a group to lobby for changes to that effect in the new migration pact.

The EU commissioner, Ylva Johansson, will also to meet again with Greek Migration Minister Notis Mitarachi, with whom she had visited the islands of Lesbos and Samos on Monday.

The commissioner had stressed the need for solidarity among the EU’s 27 member states in handling migration, and called on Turkey to resume accepting the return of people whose asylum applications are rejected in Greece after arriving from the Turkish coast.

Speaking after meeting with Johansson on Tuesday, Greek Prime Minister Kyriakos Mitsotakis noted the massive overcrowding in island camps had significantly eased over the past year.

“We have made significant progress in the decongestion of the islands. We are moving forward with the EU’s help, with the construction of permanent facilities on the islands, which will mark a decisive change in relation to what was happening in the past,” he said.

The notoriously overcrowded and squalid camp of Moria on Lesbos burned down last year, and its residents have been moved into a temporary camp of tents set up on a former military firing range. The camp has been plagued by problems of flooding, which Mitarachi said were being dealt with.

On Monday, Johansson had noted that the number of asylum-seekers on the Greek islands had dropped from 42,000 in 2019 to about 14,000 currently. Still, the facility in Samos, constructed to house just under 650 people, remains grossly overcrowded, with more than 3,000 people living in the camp and a shantytown that has emerged around it.

A new facility is being constructed on Samos and others are slated for some of the other islands. Johansson said Monday the EU was providing 276 million euros ($325 million) for the construction of new migrant facilities.

A 2016 EU-Turkey deal stipulates new arrivals must remain on the islands pending return to Turkey unless their asylum application is successful. The agreement reduced arrivals, but didn’t stop them, leading to massively overcrowded island camps.

In an open letter to Johansson on Monday, medical aid group Doctors Without Borders, or MSF, accused Johansson of putting a “positive spin on what is in reality a disastrous situation” and said the EU was planning “to implement the same policies that have created only suffering for the past five years since the EU-Turkey deal.”

MSF’s medical coordinator for Lesbos, Hilde Vochten, wrote that asylum-seekers had been trapped on islands during “five winters that have led to destitution, traumatization, and even to the death of people trapped in EU-funded reception centers.”

Detailing miserable living conditions in the island camps, Vochten wrote that “none of this is an unintended consequence nor an issue of lack of capacity or resources: the conditions on the Greek Islands are supposed to be a deterrent to those still thinking of attempting the journey.”