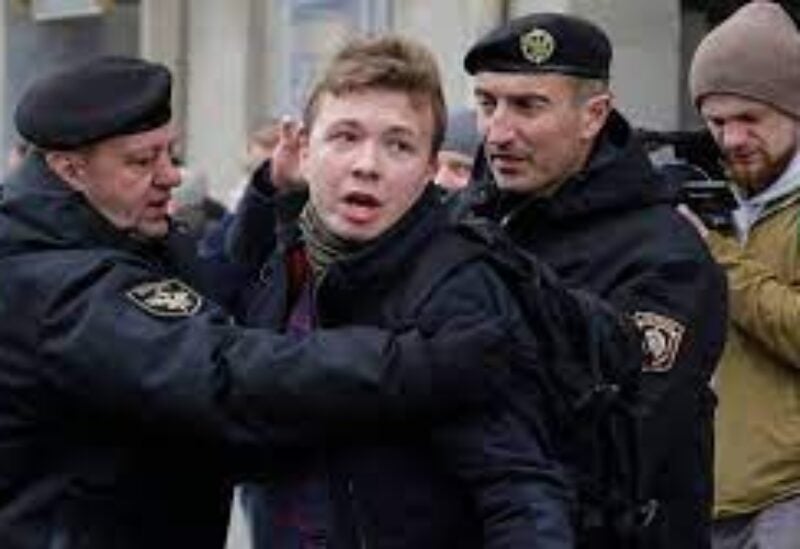 The European Union (EU) has banned Belarusian flights from using the bloc’s airspace, shortly after Minsk forced a flight carrying a dissident figure to land and arrested him.

EU leaders decided at a meeting in Brussels on Monday to cut Belarus’ air links with the bloc, also banning EU aircraft from flying in Belarusian skies.

Belarus on Sunday ordered a fighter jet to make a Ryanair flight — en route to Lithuania — to land in Minsk over a bomb threat that later turned out to be a hoax. The plane was carrying dissident journalist Raman Protasevich, who was arrested along with an associate of his, Sofia Sapega, once the plane was grounded.

The flight was heading from Greece’s capital, Athens, to Lithuania’s Vilnius. It proceeded to fly to Lithuania after a seven-hour stop.

Protasevich, 26, has been charged in Belarus with promoting extremism on the Telegram channel “Nexta.” He stands accused of organizing and reporting on protests challenging the re-election of President Alexander Lukashenko back in 2020.

Back in October last year, Belarus’ Supreme Court designated Nexta as an extremist channel. In February this year, Belarus issued an extradition request to Poland, where Protasevich and another journalist, Stepan Putilo, were believed to be based. Protasevich faces up to 15 years of imprisonment under Belarusian law.

The EU leaders also warned they would adopt further “targeted economic sanctions” against the Belarusian authorities. Some 88 Belarusian officials and seven companies are already on an EU blacklist over a crackdown on opposition.

Furthermore, Ursula von der Leyen, the president of the European Commission, announced that the EU’s three-billion-euro investment and economic package for Belarus would remain on hold. She also called for a full investigation by the International Civil Aviation Organization (ICAO).

Separately, US President Joe Biden supported Brussels’ measures against Belarus, and US Congressmen urged the Biden administration to prohibit US airlines from entering Belarusian airspace over the incident.

“I am treated quite well,” he was aired saying. “I continue to cooperate with the investigation and I am giving a confession concerning the organization of mass riots in Minsk.”