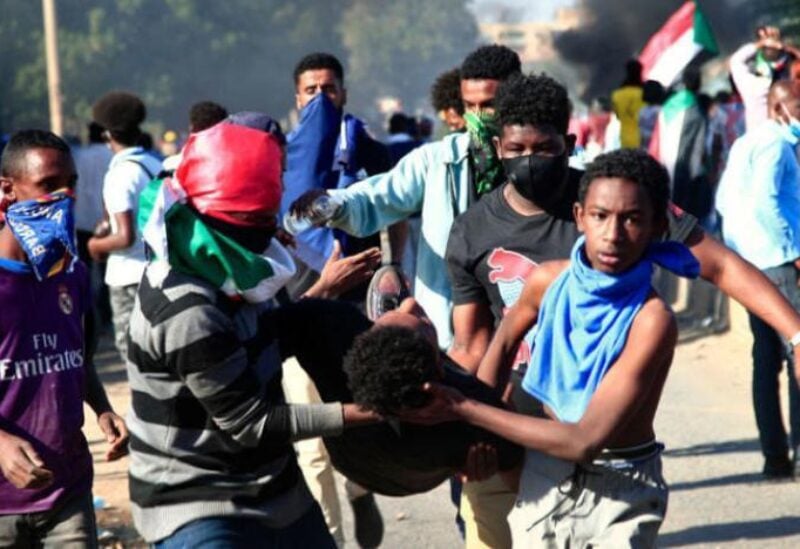 The European Union’s foreign policy chief on Tuesday said Sudan’s military rulers have shown an unwillingness to negotiate a peaceful settlement to the country’s ongoing crisis, a day after security forces opened fire on anti-coup protesters in the capital. At least seven people were killed.

EU foreign affairs chief Josep Borrell said that repeated calls for authorities to refrain from violence against protesters “have fallen on deaf ears.”

More than 70 people have been killed and hundreds of others were wounded in mass protests since the military took over on Oct. 25, removing the country’s civilian-led government.

The coup has upended Sudan’s transition to democratic rule after three decades of repression and international isolation under autocratic President Omar al-Bashir. The African nation has been on a fragile path to democracy since a popular uprising forced the military to remove al-Bashir and his Islamist government in April 2019.

Borrell said the ongoing crackdown, including violence against civilians and the detention of activists and journalists, has put the country on “a dangerous path away from peace and stability.”

Borrell urged the military authorities to de-escalate tensions, saying: “avoiding further loss of life is of the essence.”

The crackdown, he said, also risks derailing the UN’s efforts to find a peaceful solution to the crisis that has worsened with the resignation of Prime Minister Abdalla Hamdok earlier this month.

Hamdok, who was ousted in the coup only to be reinstated a month later under heavy international pressure, stepped down on Jan. 2 after his efforts to reach a compromise failed. Hamdok was the civilian face of the transitional government over the past two years.

Monday was one of the deadliest in Sudan since the coup. Security forces used live ammunition and tear gas to disperse thousands of demonstrators in Khartoum. At least seven people, including as young as 19 years old, were shot dead, and around 100 were wounded, according to the Sudan Doctors Committee.

Police said in a statement that protesters resorted to violence and threw Molotov cocktails on forces, in a “military-like tactic,” despite their calls for protest leaders to coordinate the course of their protest marches.

The statement said forces used “the least amount of legal force” against attempted attacks on police stations in Khartoum and its twin city of Omdurman. It said at least 50 policemen were wounded, and 77 people were arrested.

The Friends of Sudan group, meanwhile, is convening virtually in Saudi Arabia’s capital of Riyadh to rally support for the UN efforts to end the ongoing deadlock. The group, including the US, UK and other international governments and world financial institutions, is meant to support Sudan’s transition to democratic rule.

“International support and leverage is needed. Support for political process needs to go along with active support to stop violence,” said Volker Perthes, the UN envoy for Sudan, in a tweet.

US Assistant Secretary of State Molly Phee and the US newly-appointed Special Envoy for the Horn of Africa David Satterfield are in Riyadh to attend the meeting. They will then travel to Khartoum to meet with the generals and other political leaders and activists on the ongoing crisis there, according to the State Department.

The protest groups, which have continued to mobilize the street against the coup, have rejected negotiations with the generals. They insist on handing over power to a fully civilian government to lead the transition.

Though the generals welcomed a UN effort to find a way out of the deadlock, they have repeatedly said they will only hand over power to an elected government. They said elections will take place as scheduled next year.