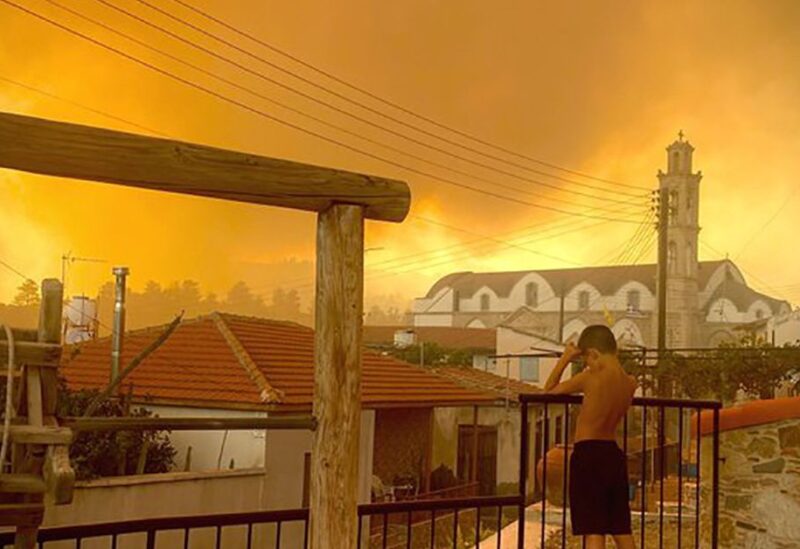 The European Union deployed aircraft aid on Saturday to assist Cyprus in putting out a massive forest fire burning north of the cities of Limassol and Larnaca, which one official described as the worst on record.

Strong winds fanned the wildfire, which impacted at least six settlements in the Troodos mountain range’s foothills, an area of pine forest and heavily overgrown shrubland.

The European Commission, the EU’s executive arm, said firefighting planes had left Greece to battle the blaze, and Italy was going to send in aerial firefighters as well.

The EU’s emergency Copernicus satellite was also activated to provide damage assessment maps of the affected areas, the Commission said in a statement.

Forestry Department Director Charalambos Alexandrou told Cyprus’ Omega TV, “This is the worst forest fire in the history of Cyprus.”

Attempts were undertaken to keep the fire from traversing the mountains and putting it out before it reached Machairas, a pine forest and one of Cyprus’ highest peaks.

The fire’s perimeter was “at least 40 kilometers,” according to Alexandrou.

Hundreds of properties were damaged, but no one was hurt. In the neighborhood, there were extensive power outages. Smoke plumes could be seen 75 kilometers (45 miles) distant in Nicosia, the capital.

Officials said that in addition to Greece’s assistance with two aircraft, help was also expected from Israel.

“This is a very difficult day for Cyprus. All of the state’s mechanisms are in gear, and the priority is for no loss of life,” Cypriot President Nicos Anastasiades tweeted.

According to Prime Minister Naftali Bennett’s statement, Israel has approved Nicosia’s request for assistance and would dispatch firefighting planes to Cyprus on Sunday.

The source of the fire, which broke out at noon, was unknown. This week, Cyprus has been hit by a heat wave, with temperatures reaching 40 degrees Celsius (104 Fahrenheit). In connection with the fire, police said they were questioning a 67-year-old man.

“It came through like a whirlwind, destroying everything,” Vassos Vassiliou, a community leader in Arakapas, one of the impacted settlements, said.