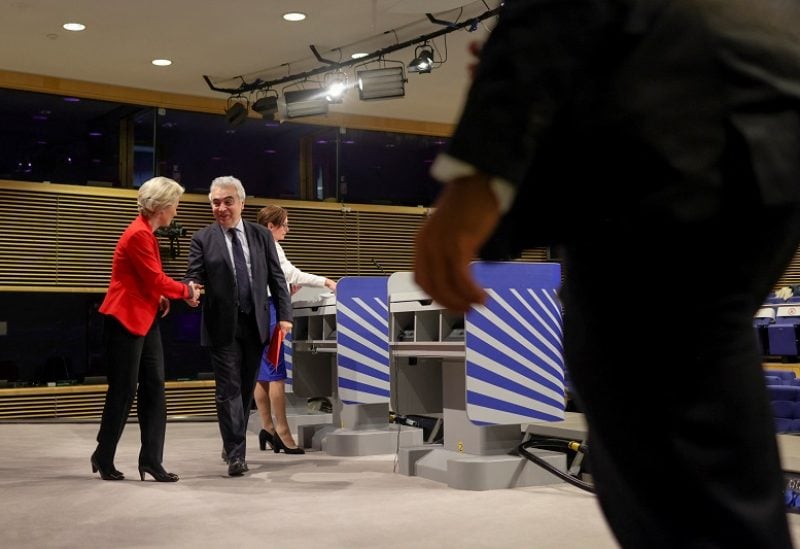 The latest responses to the ongoing war in Ukraine and a political crackdown in Iran, are to be dicussed in Brussels on Monday by the EU foreign ministers.
The ministers are expected to discuss the latest raft of Russia sanctions, placing scores more individuals and entities on the EU sanctions list.
They are also expected to examine sanctions against individuals and organizations over human rights abuses in Iran and Tehran’s supply of drones to Russia.
Discussions on the punitive measures broke up last Friday evening with no agreement, according to diplomatic sources.
“We are going to approve a very tough package of sanctions”, said EU foreign policy chief Josep Borrell, ahead of the meeting.
Referring specifically to Iran, Borrell added that the bloc would “will take any action we can to support young women and peaceful demonstrators.”
There were some concerns that Hungary might seek to block some decisions because of a dispute over EU funds for Budapest that have been locked. The Reuters news agency said diplomats had described the possibility of Hungarian Prime Minister Viktor Orban’s government using a type of “blackmail diplomacy.”
The foreign ministers are also set to discuss the bloc’s ninth package of sanctions against Russia, which would place an additional 200 individuals and entities on the sanctions list.
The targets are said to include government ministers, lawmakers, regional governors, and political parties.
Successive rounds of sanctions against Russia have targeted trade sectors as well as individuals and entities linked to the invasion, war crimes, and the attempted annexation of Ukrainian territory.
The ministers are also expected to talk about topping up a €2-billion ($-billion) fund to finance weapons purchases for Ukraine and will discuss the Russian assault on Ukraine’s energy grid, with Ukrainian Foreign Minister Dmytro Kuleba set to join the talks via video link.
Ahead of their meeting, the foreign ministers met counterparts from the Eastern Partnership — Armenia, Azerbaijan, Georgia, and Moldova — all countries that the EU has been seeking to stabilize against the backdrop of Russia’s war in Ukraine, as well as Ukraine itself.
The death in September of an Iranian Kurdish woman, Jina Mahsa Amini, while in police custody sparked protests across Iran.
The 22-year-old had been detained for allegedly violating an Islamic dress code that requires women to wear a headscarf.
Ministers were expected to discuss the killing of Mohsen Shekari, regarded as the first person to be executed in connection with the protests. He was convicted of attacking members of the country’s security forces amid the demonstrations.
Shekari was hanged and his death prompted protests from both Europe and the United States.
Iran executed a second man, Majidreza Rahnavard, on Monday — less than a month after the alleged stabbing of security force officers — highlighting the speed at which Tehran is carrying out death sentences linked to the protest movement.