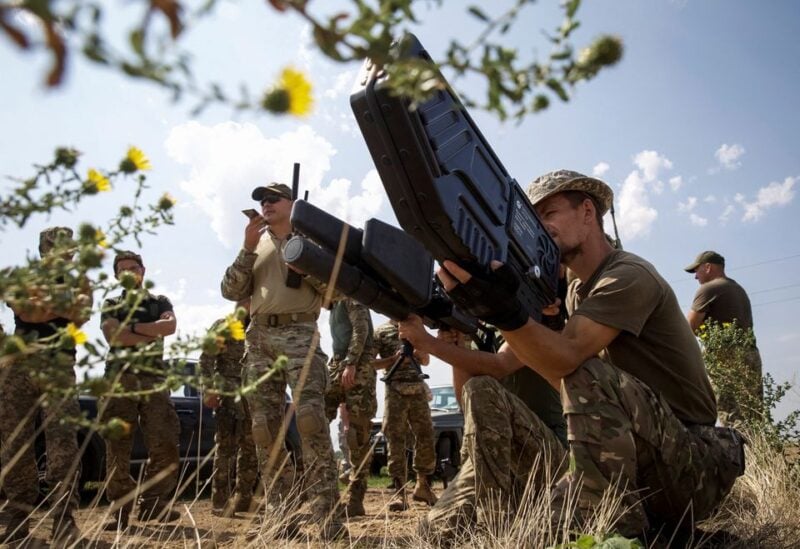 Ukrainian servicemen hold anti-drone guns as they take part in a training exercise not far from the front line in Mykolaiv region, as Russia's attack on Ukraine continues, Ukraine August 14, 2022. REUTERS/Anna Kudriavtseva

The European Union’s defense ministers may reach an agreement in principle on Tuesday to establish an EU military training mission in Ukraine, according to the bloc’s foreign policy leader.

Several EU countries have been individually teaching Ukrainian troops for some time, primarily to enable them to operate weaponry that Western nations are supplying to Ukraine to aid in its fight against Russia’s invasion.

“The situation on the ground continues to be very bad,” foreign policy chief Josep Borrell said as he arrived at a meeting of EU defence ministers in Prague.

“We will continue supporting Ukraine with initiatives such as this training mission which ministers will discuss,” he said, adding: “A general, overall political agreement (on a joint training mission) is what I think we have to get today … I hope we will have a political green light for this mission.”

It is not clear yet where a broader EU training programme could be based and what mandate it might have, and Borrell provided no details.

Later in the day, EU foreign ministers, also meeting in Prague, may agree tightening the issuance of visas for Russians and start debating a wider ban on tourist visas, though EU officials said there was no agreement on that.

“There is war in Europe and not far from here. Russia’s brutal aggression will be the most important topic of our meeting today,” Czech Defence Minister Jana Cernochova said.