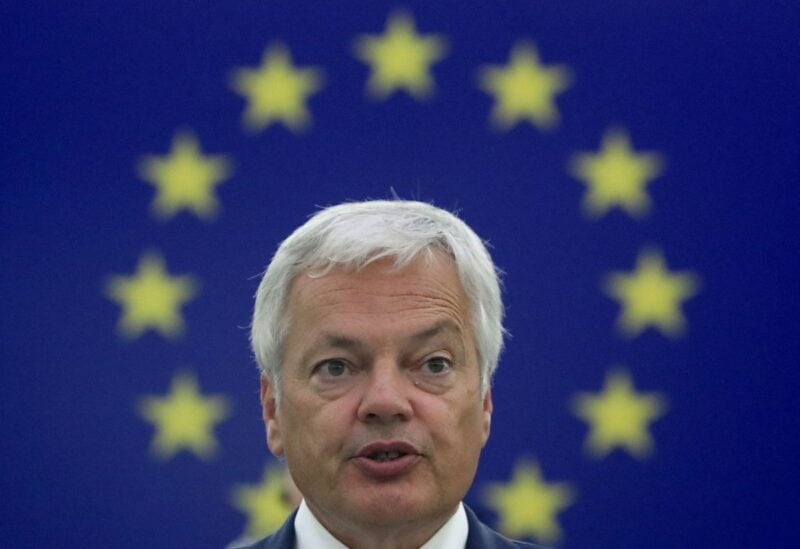 The top justice official for the European Union said on Tuesday that the bloc has so far frozen assets owned by Russian oligarchs, as well as other people and organizations sanctioned for Moscow’s war against Ukraine, totaling 13.8 billion euros ($13.83 billion).

The representative urged the other member states to take action, claiming that only five of the EU’s 27 members account for the vast majority of that. In response to Russia’s involvement in Ukraine, the bloc has banned 98 businesses and over 1,160 people.

“For the moment, we have frozen funds coming from oligarchs and other entities worth 13.8 billion euros, it’s quite huge,” EU Justice Commissioner Didier Reynders said on Tuesday.

“But a very large part, more than 12 billion comes from five member states so we need to continue to convince others to do the same,” he told reporters on arriving to a meeting of the national justice ministers in the Czech capital Prague.

He did not identify the five countries.

He said he expected a final political agreement after the summer on a new legal tool to make breaching or attempting to bypass sanctions a criminal offence everywhere in the EU, which is not the case currently.

The policy, meant to curb circumventing restrictions by transferring assets to family members who had not been sanctioned, could then take effect in the autumn.

Reynders and the ministers also discussed cooperating with Eurojust, the bloc’s agency for criminal justice, on building up evidence of alleged war crimes in Ukraine, which had been attacked by Russia from land, sea and air last February.

He said Eurojust would store all the evidence and should cooperate closely with the bloc’s member countries, 14 of which have their own national investigations running into the war.

“The most important is to have a very good coordination, to not duplicate the different situations, and to collect all the evidence in the same place,” said Reynders.