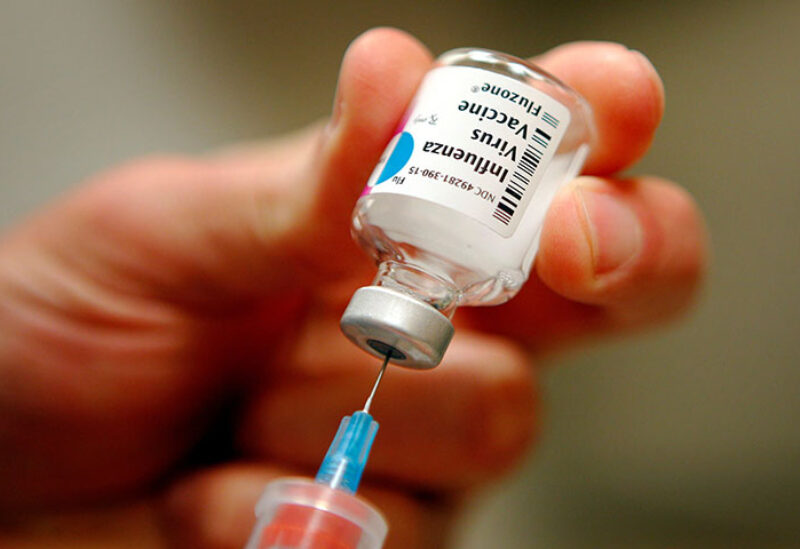 EU countries have so far donated just a tiny portion of excess COVID-19 vaccines to poor nations, mostly AstraZeneca shots, less than 3% of the 160 million doses they plan to give away in total to help tame the global pandemic, an EU document shows.

The European Union has committed to helping inoculate the most vulnerable across the world but, like other wealthy countries, EU states have so far focused on buying shots to inoculate their own citizens, contributing to a shortage of vaccines elsewhere.

EU states, with a combined adult population of 365 million, have so far received about 500 million doses from drugmakers and expect nearly a billion by the end of September.

But as of July 13, they had donated less than four million shots, the internal document, compiled by the European Commission and reviewed by Reuters, shows.

In total, it says EU countries have committed to sharing about 160 million doses, mostly without preference about their destination. The tally of shipments and pledged total have not been reported before.

Brussels has previously said EU nations plan to donate at least 100 million doses by the end of the year. There is no timeline for the target listed in the document.

In a statement on Thursday, the EU Commission said member states were on track to exceed the initial target, with 200 million doses to low- and middle-income countries this year. It did not say how many had already been shipped.

According to the document, those distributed so far went mostly to countries and territories with a link to the donor as member states seek to boost relations with nearby countries and deepen diplomatic ties.

A spokesman for the Commission declined to comment on the document and the donations because these decisions were made by national governments.

The small shipments are likely to stir the debate about how wealthy countries are sharing their surplus shots while poor countries still struggle to get supplies.

The World Health Organization has called on Western governments to donate shots to the COVAX program it runs with vaccine charity GAVI to ensure fair and equitable distribution to the world’s neediest.

The EU said on Thursday that most of the 200 million doseswould be shared through the program.

Many poor countries rely on COVAX for their vaccines, but it has so far delivered only 135 million shots globally and is highly dependent on donated doses. Plans to buy shots on its own were temporarily derailed by vaccine makers’ production problems and export restrictions in India. read more

The EU has received enough vaccines to fully inoculate 70% of adults, while South Africa has given only 7% of its adult population one dose and Nigeria only 1%.

The EU shipments are also small compared with more than 15 million doses donated by Washington and shipped over the past month to countries in Africa, Asia and Latin America as part of the U.S. pledge to give away 80 million vaccines. A big portion of those have been through COVAX.

While the tally is effective from July 13, the numbers can change relatively quickly.

EU governments have repeatedly been urged by the EU Commission to speed up donations and share portions of all types of vaccines they receive, EU officials said.

But EU countries have so far promised to donate almost exclusively AstraZeneca (AZN.L), (22UAy.DE) shots, the document shows. Johnson & Johnson (JNJ.N) is the second most frequent choice for donations, although a large portion of pledges are for unspecified shots.

Many EU countries have set limits on the use of the AstraZeneca vaccine as well as J&J due to concerns about extremely rare blood clotting, reducing the capacity to use them.

The Commission spokesman said that all vaccines used in the EU were safe and could be donated.

Germany, the EU’s largest country, has committed to donating 33 million doses, the document says, 30 million of which were AstraZeneca and J&J and the other three million yet to be specified.

German officials said donations would begin in August and confirmed the numbers and types of vaccines to be donated.

France is by far the EU’s main donor in terms of pledges. It has promised 60 million doses, mostly to COVAX and largely without any preference on their final destination.

However it has so far delivered only about 800,000 doses, half of which went to its former colonies Senegal, Mauritania and Burkina Faso, the document shows.

The document does not clarify which vaccines Paris has donated or intends to donate.

An official with the French finance ministry said nearly five million AstraZeneca doses had been given so far via COVAX, and J&J and Pfizer vaccines will be donated by the end of the summer.