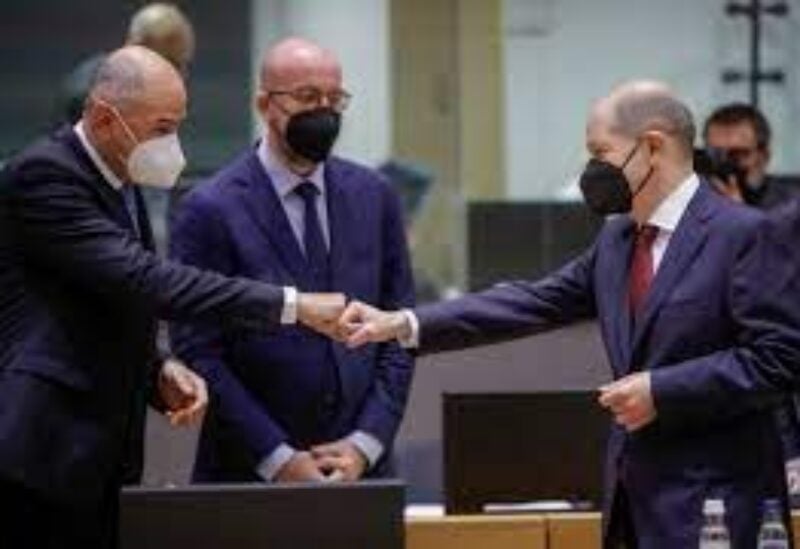 The European Union is under attack from Russia on numerous fronts and has to unite behind fresh economic penalties, Baltic and central European officials warned on Thursday, with Lithuania noting the possibility of Russian military strikes from Belarus.

The warnings issued at a European Union meeting were among the most pointed in recent weeks, as the US and its NATO allies sought to dissuade any potential Russian strike on Ukraine and decrease Moscow’s margin for surprise. Many NATO partners are also European Union members.

“We really are facing a series of attacks. I see them all as associated,” Latvian Prime Minister Krisjanis Karins told reporters, listing what he said was the weaponisation of Middle East migrants on Belarus’ borders with the EU, artificially high prices for Russian natural gas, and Russian disinformation.

Ukraine remains the main flashpoint between Russia and the West. Washington says Russia has amassed more than 100,000 troops on Ukraine’s borders, possibly for an invasion. Moscow says it has a right to move its troops around its own territory as it sees fit but says the manoeuvres are purely defensive.

EU leaders will warn of “massive consequences” if Russia were to invade Ukraine, according to a draft final summit statement seen by Reuters. The United States and Britain have taken a similar stance.

NATO Secretary-General Jens Stoltenberg said on Thursday Russia was increasing, not reducing, its troops on the border.

“We see no sign that this build-up is stopping or slowing down. On the contrary, it continues,” he told reporters at NATO headquarters, standing alongside Ukrainian President Volodymyr Zelenskiy.

The Kremlin denies the West’s accusations against it, including any plan to invade Ukraine. It says it has legitimate security interests in the region and on Wednesday handed proposals to the United States that NATO should not expand eastwards or place new weapons systems near Russia’s borders.

But Russia’s Baltic neighbours attacked what they see as Moscow’s attempts to blur the line between peace and war.

“We are probably facing the most dangerous situation in the last 30 years. I am talking about not only Ukraine but the eastern flank of NATO,” said Lithuanian President Gitanas Nauseda, a day after EU leaders held a summit with Ukraine and four other ex-Soviet republics in Brussels. read more

He cited fears that Russia might integrate Belarus, which borders Poland and two Baltic states, into its military systems and use its territory “as a possible platform to attack neighbouring countries”.

Any coordinated EU sanctions will likely depend on Germany, whose new centre-left chancellor Olaf Scholz has taken a tougher line than his centre-right predecessor, Angela Merkel.

However Berlin would still be torn over whether to risk Russian natural gas supplies to its businesses and households this winter by standing up to Moscow, diplomats said.

Germany, France and Ukraine sought on Wednesday to revive the “Normandy” format, a diplomatic peace initiative with Russia to end a conflict in eastern Ukraine pitting pro-Russian separatists against Kyiv’s forces.

“We will underscore again that the inviolability of borders is an important basis for peace in Europe, and that together we will do everything to ensure that this inviolability endures,” Scholz told reporters at his first EU summit as German leader.

The West imposed economic sanctions on Russia in 2014 over its annexation of the Crimean peninsula from Ukraine. The measures targeted Russia’s energy, banking and defence sectors.

Slovenian Prime Minister Janez Jansa suggested that one option for the EU in its standoff with Moscow might be to prevent the new Nord Stream 2 pipeline between Russia and Germany from becoming operational.