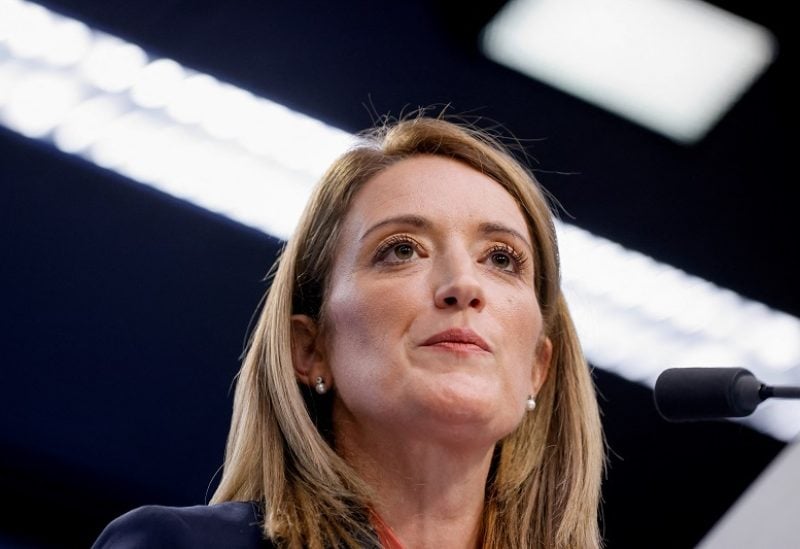 Aiming at cleaning up the legislature which has been rocked by the graft scandal linked to Qatar, the 2022 World Cup host, the European Parliament’s speaker Roberta Metsola on Thursday promised “a wide-ranging reform package.”

Metsola said that the plan “will include a strengthening of the parliament’s whistle-blower protection systems, a ban on all unofficial friendship groups, a review of the policing of our code of conduct rules, and a complete and in-depth look at how we interact with third countries”. She further stated that the changes would be led by her, and the reform package will be finalised “in the new year”.

The scandal was triggered by the Belgian authorities after they detained six people last week. Amongst the six, four detained, which include MEP and former European Parliament vice president Eva Kaili, were charged with “criminal organisation, corruption and money laundering”. The other two detained were later released.
Greece’s former TV newsreader Kaili as well as Qatari officials have refuted any wrongdoing. Around €1.5 million ($1.6 million) was discovered in cash by officials after a series of raids were conducted at the offices and homes of politicians, parliamentary assistants and lobbyists.

According to a judicial source from Belgium, around €600,000 were discovered at MEP-turned-lobbyist Pier Panzeri’s home and €150,000 was found in the flat of Kaili and €750,000 was present in the hotel room of her father.

The European Parliament has been stirred by the investigation and the allegations, and the conversations between non-EU countries’ representatives and lobbyists have come under intense scrutiny.
Metsola called the scandal an outside attack on “European democracy” and added that the debate was endorsed by the EU leaders who had arrived to attend a Brussels summit on Thursday.

She added that the law enforcement authorities of Belgium are carrying out the investigation, and the parliament was extending “full and open co-operation”. However, she agreed that “the rules that we have already can be tightened can be improved” in case of monitoring the lawmakers’ trips and transactions.

“Certain things that happened in this context will not be allowed to happen again,” she added.