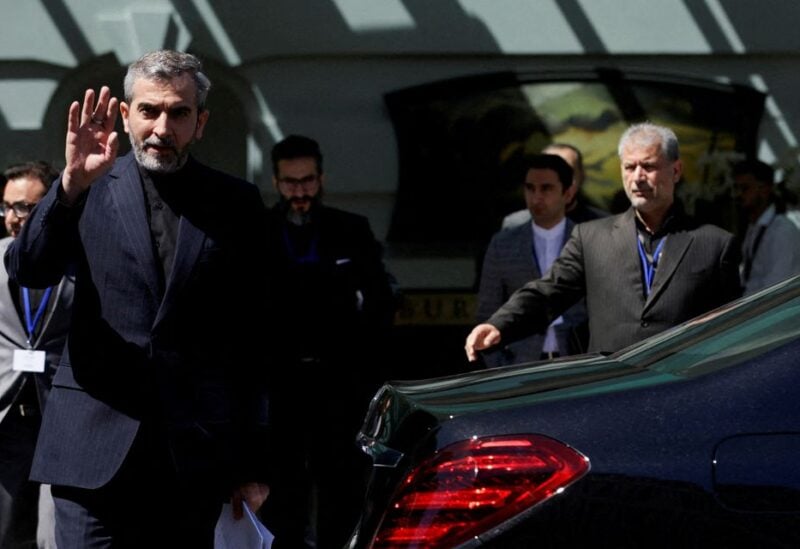 An EU official said on Tuesday that the organization is working with the US and evaluating Iran’s answer to what it has described as its “last” proposal to keep the 2015 nuclear agreement alive.

The spokeswoman, using the official acronym JCPOA for the nuclear agreement, told reporters in Brussels that “for the time being, we are reviewing it and we are engaging with the other JCPOA parties and the U.S. on the way forward.”

She declined to give a time frame for any reaction by the EU who is coordinating the negotiations in Vienna.

After 16 months of fitful, indirect U.S.-Iranian talks, with the EU shuttling between the parties, a senior EU official said on Aug. 8 the bloc had laid down a “final” offer and expected a response within a “very, very few weeks.”

Iran responded to the proposal late on Monday but neither Tehran nor the EU provided any details on the content of the reply.

Earlier on Monday, Iran’s foreign minister had called on the U.S. to show flexibility to resolve three remaining issues, suggesting Tehran’s response would not be a final acceptance or rejection.

Washington has said it is ready to quickly seal a deal to restore the 2015 accord on the basis of the EU proposals.

Diplomats and officials have told Reuters that whether or not Tehran and Washington accept the EU’s “final” offer, neither is likely to declare the pact dead because keeping it alive serves both sides’ interests.

The stakes are high, since failure in the nuclear negotiations would carry the risk of a fresh regional war with Israel threatening military action against Iran if diplomacy fails to prevent Tehran from developing a nuclear weapons capability.

Iran, which has long denied having such ambition, has warned of a “crushing” response to any Israeli attack.

In 2018, then-President Donald Trump reneged on the nuclear deal reached before he took office, calling it too soft on Iran, and reimposed harsh U.S. sanctions, spurring the Islamic Republic to begin breaching its limits on uranium enrichment.